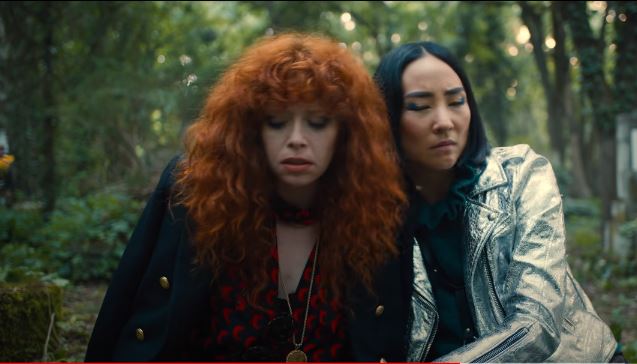 FIND OUT IN WHICH YEAR EACH EVENT OF RUSSIAN DOLL SEASON 2 TAKES PLACE! TIME JUMP, TIMELINE!

Russian Doll is now on Netflix! Continue reading to learn everything there is to know about the Season 2 timeline! Season 2 of Russian Doll premiered three years after Season 1, making the four-year gap to Nadia’s 40th birthday reasonable. Read on to find out when Season 3 will be released.

As Nadia deals with Ruth’s impending death, she discovers she can travel through time using trains and hopes to change the present by changing the past. Alan, on the other hand, finds solace in what he perceives to be the predetermined nature of his family’s history.

Although Nadia and Alan’s perception of their own experiences is linear in Russian Doll Season 2, the 78-year-spanning story is told out of order. Nadia goes through four different years, whereas Alan only goes through two. Read this to Find all the music and songs of Season 2.

WHAT IS THE TIMELINE FOR RUSSIAN DOLL SEASON 2?

Nadia arrives in Budapest, Hungary, near the end of World War II, at the end of Episode 4. She inhabits her grandmother, Vera, who was a young woman at the time. She attempts to reclaim the valuables stolen by the Nazis from her Jewish family.

We learn in Episode 4 that Alan visited East Berlin in 1962, during the Cold War, whenever the city was still divided by the Berlin Wall. He inhabits the body of his grandmother, Agnes, a Ghanaian student in East Germany who is involved in a plot to dig a tunnel under the Berlin Wall, just as Nadia did in 1944. 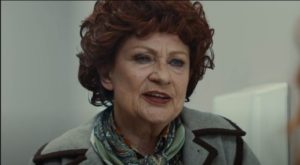 The scenes set in 1968 in Russian Doll season 2 are brief. As an older version of Vera, Nadia follows the map to the family’s hidden valuables and retrieves them before pawning them with Delia’s help.

This is Nadia’s first year, and she has returned several times since. She finds herself in the East Village of New York, inhabiting the body of her mother, Nora, who is heavily pregnant with Nadia. Nora’s water breaks on the subway in Episode 5, and Nadia has to give birth on her own. Somehow.

Nadia and Alan reunite in Episode 7 at Nadia’s 36th birthday party in 2018. The song “Gotta Get Up” by Harry Nilsson can be heard in Maxine’s apartment, but something isn’t quite right. They are still the same as they were four years ago. Nadia has brought her newborn baby back to the twenty-first century, which, to put it mildly, disrupts the timeline. Chickens thaw, Jewish schoolchildren from the twentieth century run around the birthday party, and several Ruths arrive.

Four years have passed since the end of Season 1, so Nadia and Alan’s present in New York City in 2022. Nadia’s birthday is approaching, but this time she will be 40.