Severance Season 1: Explanation of the end! 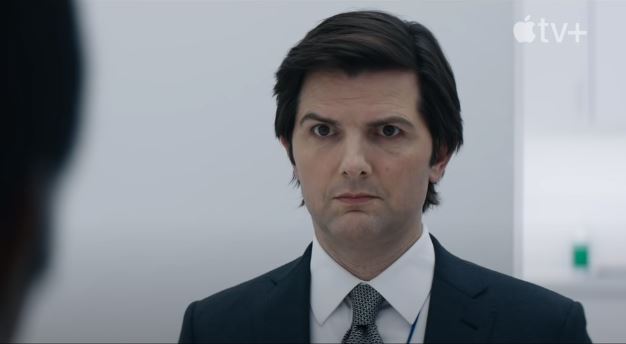 Severance Season 1: Explanation of the end!

APPLE TV+ HAS THE EXPLANATION FOR THE END OF SEASON 1 OF SEVERANCE! SPOILERS!

Apple TV+ now has Severance available! Continue reading to find out what happened at the end of Severance Season 1! Severance’s fantastic Season 1 finale is sure to go down in history as one of the best season finales of 2022, full of tension, anxiety, and cliffhangers galore.

The series’ twisting mysteries held viewers’ attention throughout the first season, and things only got crazier and more intense from there. Read on to learn when Season 2 will be released.

The Severance process, which involves implanting a chip in a person’s brain to surgically separate his work and life memories, was introduced to us in the film Severance, which takes a hard look at society’s insistence on maintaining a work-life balance. We answer all of your questions about the conclusion of Season 1 of Severance on Apple TV+!

Mark reveals that something strange is going on at Lumon’s house and enlists Devon’s assistance in uncovering the plot. When Devon realizes that Mrs. Selvig is Mark’s boss, the conversation between the two brothers is cut short. Devon is terrified as she hands over the baby to Mrs. Selvig.

Mark comes across a photo of his wedding to Gemma while looking for the baby. Mrs. Casey is still alive, and Mark recognizes Gemma as Mrs. Casey. Meanwhile, Mr. Milchick discovers the Innies’ deeds and rushes to the security room to apprehend Dylan. Mr. Milchick tackles Dylan to the ground as Mark rushes to tell Devon the truth, effectively turning off the Overtime Contingency.

Severance Season 1 ends without revealing what happens if the overtime pool is closed. As a result, it appears that Mark squandered his opportunity to tell his Outie the truth about his wife. In the sixth episode, however, when Mr. Milchick uses the Overtime Contingency to speak with Dylan’s Innie, Dylan’s Innie retains knowledge of his son. As a result, Mark’s Outie can keep the newly discovered Gemma truth.

Despite the heartbreak, Irving believes Burt is the only person he can trust to tell him the truth about Lumon. So he’ll be knocking on Burt’s door. However, before Irving and Burt can reunite, the Overtime Contingency is shut down, leaving the consequences unknown. Irving will most likely reunite with Burt, but this time as an Outie.

Helly’s real name is Helena Eagan, and she is a member of the Eagan family, the Lumon Industries founders and owners, according to one of the most tantalizing revelations in the finale. Mrs. Cobel is eventually successful in stopping Helly. While Helly’s brief speech may create a stir among gala attendees, it could easily be misconstrued as a publicity stunt.

As a result, it appears that Helly’s and the MDR team’s efforts have been in vain. Finally, Mark, Helly, Irving, and Dylan’s futures are uncertain, as Lumon is likely to take harsh measures against its employees.