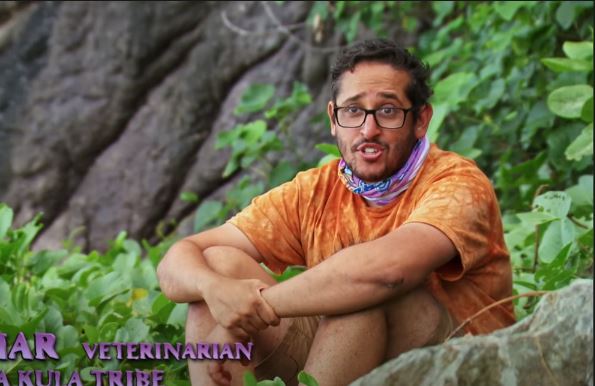 Get Everything you need to know about Survivor 42 episode 8!

Survivor 42 episode 8 is set to air in just over a day, so is anything in the game as it seems?

What’s fascinating about the current situation is that, on paper, the next few votes appear to be fairly straightforward. Tori, Maryanne, Chanelle, and Romeo are unquestionably at the bottom of the merged tribe. They were all excluded from the vote, and Tori is only still alive because she won immunity.

At the moment, the dominant group consists of Jonathan, Omar, Mike, Lindsay, Hai, and Drea. They’ve consolidated a lot of power, there are multiple idols/benefits here, and everyone has at least some incentive to work together. Will they remain in this position for the rest of the game? Probably not, and we could see someone get nervous as early as tomorrow night.

You can see some people feeling left out and panicking in the sneak peeks at the bottom of this article. Maryanne tries to avoid feeling like an outsider and wonders why people don’t want to work with her. We believe that some of it are simply due to her being a threat due to the war chest of advantages she possesses in the game. Meanwhile, Romeo suspects that he must act based solely on what has just occurred. Rocksroy is one of the interesting players to keep an eye on right now, given that he was away from the players for a while due to the hourglass twist.

Is Omar truly in command?

One of the previews strongly implies he is! He can still pretend he’s at the bottom because he didn’t vote at the last Tribal Council due to a pre-merge Protect/Risk Your Vote twist. As a result, he has formed bonds with outsiders such as Maryanne and Tori, who believe they can trust him. If he can keep this up, he could be in command of the game for quite some time! In terms of his social game, he’s certainly one of the more impressive people right now.

Aside from the game, these previews serve as another reminder of why Mike is such an interesting person to watch: his empathy. He is concerned about other people, and despite being older than many of the other players, he is eager to learn! He observes Omar praying and then converses with him about Islam. Mike makes people feel comfortable and cared for, which can go a long way.

What do you think will happen on Survivor 42’s episode 8 tomorrow night?

Who are you most concerned about? Make sure to share your thoughts in the comments section right now! Once you’ve done that, be sure to check back for more updates.