Get everything you need to know about The Resident season 5 episode 18!

What kind of drama will The Resident season 5 episode 18 bring with it when it premieres on Fox next week? Ironically, the title of the next new episode is “Ride or Die,” and Conrad is about to embark on a major adventure!

This one will be particularly fascinating because it raises an issue that was already present in the past: the prescriptions written in Conrad’s name. We’ve already heard a little bit about it, but things are about to get a lot worse after Matt Czuchry’s character confronts the alleged perpetrator. What is going to happen next? Consider a wide variety of different twists.

Aside from that, expect another tear-jerking AJ story about his mother. We’ve been discussing end-of-life care with him for the majority of the season, and we’ll be seeing another difficult aspect of it very soon. Even though we’re rooting for the opposite, we have a feeling this will eventually come to a heartbreaking conclusion. 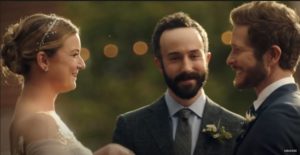 Watch the full The Resident season 5 episode 18 synopsis below, along with other details about what to expect:

The situation becomes dangerous when Conrad confronts a pharmacy owner regarding fraudulent prescriptions being filled in his name. When a street racing accident results in multiple severe injuries, the ER is thrown into chaos. Meanwhile, in the all-new “Ride or Die” episode of THE RESIDENT airing Tuesday, April 12 (8:00-9:01 PM ET/PT) on FOX, Raptor faces a devastating reality when his mother’s condition worsens. (518 RES) (TV-14 D, L, V).

When it comes to The Resident season 5 episode 18, what do you most want to see?

Please share right now in the comments section! Once you’ve done that, remember to check back frequently — it’s the best way to ensure you don’t miss any future updates.