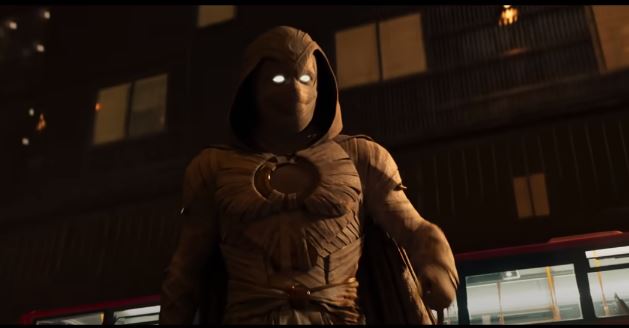 Moon Knight is now available through Disney Plus! Continue reading to find out who Jake Lockley is! Since the premiere of Moon Knight on Disney+, fans have been watching with bated breath, looking for clues to the identity of this new character, brilliantly played by Oscar Isaac. Read on to find out when Season 2 will be released.

The first episode introduces viewers to Steven Grant, an eccentric and oblivious gift shop worker who shackles his foot to his bed at night, convinced he has a sleep disorder.
Then, as events occur that he is unaware of and he wastes significant amounts of time, we meet Marc Spector, a mercenary with a dual personality.

If viewers now understand that Marc works as an Avatar for the Moon God Khonshu, Khonshu is distinct from Marc and Steven, and not a different personality.
That’s why many fans were perplexed by what happened in Episode 3 when two people were killed and Marc and Steven insisted that they didn’t.

Things started to become clearer with episodes 5 and 6, and the scene of the person locked in the coffin, as well as the final fight scene against Arthur Harrow.
So clear that it is Khonshu himself who introduces us to Jake Lockley in episode 6 post-credits scene. But, in Moon Knight, who is Jake Lockley?

JAKE LOCKLEY IS WHO?

Initially, Moon Knight’s opposing personalities were portrayed as disguises worn by Marc Spector to further his personal goals as a crime fighter. While mercenary Marc Spector kept his main identity as Moon Knight, he assumed the guise of upscale millionaire Steven Grant to correlate with white-collar criminals at the top of the social ladder. In the MCU right now, Steven Grant is just a little shy.

On the other hand, Marc Spector assumed the persona of Jake Lockley, a rough-and-tumble taxi driver who knows every nook and cranny of the underworld and has numerous criminal connections. 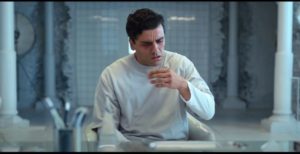 What is Jake Lockley’s name?

Moon Knight developed a network of informants and spies under the guise of Jake Lockley, allowing him to stay one step ahead of his enemies and criminal targets.

However, the addition of Jake Lockley to Spector’s arsenal of disguises signaled the start of his deeper struggles with his identity.

Even though Moon Knight’s many personalities were initially presented as disguises as well as alter egos rather than full-fledged dissociative identities, he eventually broke down due to his latent dissociative identity disorder, which completely took over.
divided his mind into distinct personalities, each with their own inner lives, memories, and consciousness

If Moon Knight returns for a second season, we should see a lot more of Jake Lockley.
I’m hoping for a much more violent series, as violence is one of the character’s main characteristics. In this finale, not seeing Jake Lockley’s abilities was still very frustrating.