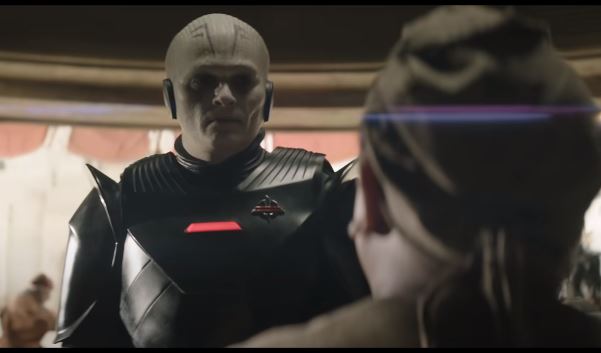 FIND THE SUMMARY AND EXPLANATION OF THE END OF EPISODE 2 OF OBI-WAN KENOBI! SPOILERS!

Disney Plus now has Obi-Wan Kenobi! If you want to know what happened at the end of Episode 2, keep reading!
After several false starts and production reshoots, Obi-Wan Kenobi is Lucasfilm’s first original series on Disney+ to deal with a true legacy character. Read on to find out when Episode 3 will be released.

Ten years after the events of “Star Wars: Episode III – Revenge of the Sith,” Ewan McGregor reprises his role as the titular Jedi. He keeps an eye on young Luke Skywalker and reflects on the events that brought him there. If you have any questions about the end of Obi-Wan Kenobi Episode 2, we answer them all!

SUMMARY OF OBI-WAN KENOBI EPISODES 1 AND 2!

The first episode of the series introduces us to the series by showing us directly the galaxy’s dark period. Some serving the empire become extremely wealthy, while the majority of the population suffers daily. As one of the galaxy’s last Jedi, Obi-Wan Kenobi has become a shadow of himself. It’s here where you can find out if Yoda, Palpatine, or Maul will appear.

He’s been hiding for ten years, keeping an eye on Luke and working on the chain. We also meet the famous Inquisitors, who were introduced long before the prequels. They are on the hunt for the Jedi and the last survivors. Finally, we see Leia’s seemingly perfect life on Naboo, though she possesses all of her mother’s characteristics and does not appear to be content with her life.

After Reva discovers a link between the Organa Family and Obi-Wan, Leia is captured by low-level Bounty Hunters. This plan succeeds, and the latter dons the coat and retrieves his lightsaber to save the child on Daiyu.

Throughout Episode 2, we see a bond formed between Leia and Obi-Wan from the moment she discovers he is a true Jedi.

The Obi-Wan Kenobi Episode 2 ending features a gruesome shot of an unarmored Darth Vader submerged in a vat of bacta after the Third Sister reveals Anakin’s survival to Obi-Wan. Thus, the Dark Lord of the Sith, Emperor Palpatine’s apprentice, is most likely to be found in his stronghold of Mustafar.

When the Dark Lord learns that Obi-Wan Kenobi has been found by his Inquisitors, he will no doubt leave his tank of bacta and put on his armor, played by Hayden Christensen, who reprises his role as Anakin/Vador. The Grand Inquisitor’s apparent death was one of the most surprising moments in Obi-Wan Kenobi Episode 2.

The Grand Inquisitor, the head of the Inquisitorius who reports directly to Vader and the Emperor, was betrayed by the Third Sister after attempting to steal the glory of Kenobi’s capture.

According to the canon timeline established by Star Wars, the Grand Inquisitor served the Empire for a few more years before dying hunting down Jedi survivor Kanan Jarrus and his padawan Ezra. As a result, he is almost certainly not dead, and Reva faces serious consequences.

It’s understandable that Obi-Wan Kenobi was unaware Anakin was still alive. After all, he’s been hiding out in the desert for a decade to avoid detection. Also, Obi-Wan most likely assumed Anakin was done due to injuries sustained during their fight.

Those injuries would have been fatal if Palpatine hadn’t arrived to save Darth Vader, converting him into the iconic cyborg who would hunt down the Empire’s last remnants of the Jedi Order.

In any case, it appears that Darth Vader and his former master are now on a collision course, as Obi-Wan Kenobi hinted in Episode 2.