Find the explanation of the ending and the post-credits scene of senior year. SPOILERS!

Senior Year can be viewed on Netflix! Continue reading to learn the explanation of the conclusion! Senior Year is a romantic comedy movie available on Netflix.

It describes Stephanie Conway’s life. In 2002, she appears to have everything. She is the captain of the cheerleading squad and is dating Blaine Balboa, the most popular student at her school.

However, she sustains a head injury during a performance and falls into a coma as a result.

When she awakens in 2022, she discovers that the world has undergone profound changes. She returns to school to graduate from high school and become prom queen.

The romantic triangle between Stephanie, Blaine, and Seth Novacelik is a crucial component of the plot of Senior Year. How does this story conclude? Here is the Netflix explanation for the conclusion of Senior Year!

When Tiffany reports Stephanie’s party to the police, Martha discovers that Stephanie still possesses the keys to the lake house, which the underage drinkers have damaged. Read this to determine whether the movie is based on a true story.

Stephanie is devastated when she realizes that her life is empty and lonely without her two best friends. When her father informs her that the people who currently approve of her are not the same as those who visited her in the hospital, she begins to see the north star.

At this point, Stephanie is prepared to graduate. Following consultation with her father, she has an idea. She issues an apology on Instagram live to everyone.

After witnessing Stephanie in person on the day of the commencement ceremony, everyone greets her with a warm smile. 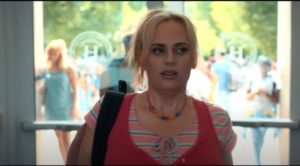 They prepare for Stephanie’s graduation after Seth retrieves the tape from the safe. Following the ceremony and commencement, Stephanie’s routine from 1999 is performed.

Stephanie is satisfied, and she and Tiffany have reconciled despite their difficulties. She invites Tiffany to the stage for the number, and everyone, including Seth and Martha, dances away their high school memories. Stephanie and Seth declare their love for the world by kissing on stage. Finally, an eternally happy conclusion. Read this to learn when Senior Year 2 will be released.

Then, a slightly more serious added Senior Year post-credits scene depicts Kelly meeting with Mr. T to discuss his college options near the end of the credits! Wilson and Jones end the scene laughing and joking, making it more of an error than anything else.