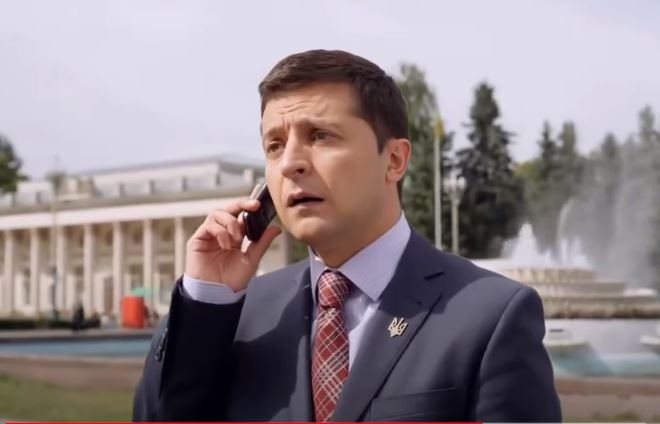 FIND OUT IF SERVANT OF THE PEOPLE IS INSPIRED BY ZELENSKY’S STORY ON NETFLIX!

Netflix has Servant of the People available! Read on to find out if the series is inspired by the true story of Zelensky.

A handsome man in his thirties or early forties with a baby face strides up to a government desk flanked by blue and yellow flags.

He is not a professional politician. He is regarded by world leaders as something of a jokester. He looks at the assembled crowd, takes a deep breath, and begins his inaugural address in Ukrainian. Read this to learn when Season 4 will premiere.

The speaker is not Volodymyr Zelensky. Or rather, he is, but only in the role of Vasily “Vasya” Petrovich Goloborodko, the schoolteacher improbably elected president of Ukraine in Zelensky’s 2015-19 comedy series Servant of the People, the first season of which is now available on Netflix in many countries with English subtitles.

This series poses the following inquiry. What if an ordinary man were Ukraine’s president? You might not expect him to maintain his integrity in the face of pervasive cronyism, but he might, just might. Then again, does Servant of the People accurately portray the life of Volodymyr Zelensky? We reveal everything!

SERVANT OF THE PEOPLE RELATES TO ZELENSKY’S STORY?

The book Servant of the People is part of President Zelensky’s biography. To comprehend the connection between the comic book and the life of Ukrainian President Volodymyr Zelensky, one need only examine their similarities. Even though the series was intended to be a satire of the Ukrainian political landscape, its popularity and that of its lead actor made it a reality.

Volodymyr Oleksandrovych Zelensky was born to a Jewish family in Kryvyi Rih on January 25, 1978. Since the age of 17, Zelensky has worked in the comedy industry and has appeared in numerous films and television shows. His encounters with the Ukrainian political scene began in August 2014, when the then-comedian spoke out against the ban on Russian artists and cultural works.

In addition, Zelensky was banned from Russian media following allegations that his production company, Kvartal 95, provided 1 million hryvnias to the Ukrainian military during the Russian-Ukrainian war in Donbas.

Then, he created the political satire series Servant of the People, starring Zelensky as Vasily Petrovich Goloborodko. Since its debut in 2015, both the production and Zelensky have amassed a substantial following. 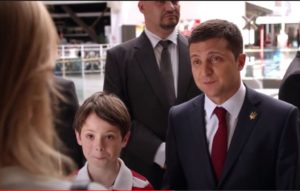 As with Vasily, Zelensky’s entry into the political arena was prompted by his peers. Despite Zelensky’s denials that he intended to enter politics at the time, his fans accepted him as a potential presidential candidate. Finally, on December 31, 2018, Zelensky declared his candidacy on the 1+1 channel, causing an immediate stir.

In contrast to other campaigns, Zelensky’s did not involve mainstream media. He communicated with voters via social media and YouTube videos. Zelensky won the election and was inaugurated as Ukraine’s sixth president on May 20, 2019, based on his public stances on the country’s political system and a stellar support team.

During the Russian-Ukrainian war of 2022, however, the comedian-turned-politician rose to international prominence. Those inquisitive about Zelensky’s past, which led them to Servant of the People, were compelled to contemplate his leadership during the conflict, for which he was recognized globally.

Although Servant of the People is not based on a true story, it is almost prophetic, predicting Zelensky’s popularity and the internet’s role in his election.

Vasily’s determination and passion for the political situation in Ukraine are a clear reflection of Volodymyr Zelensky’s views.