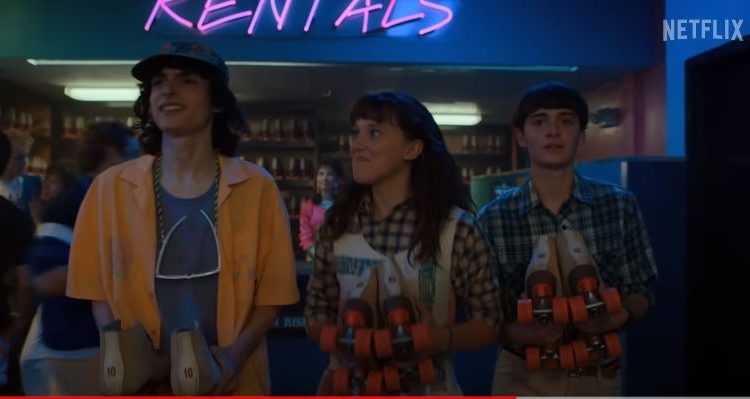 GET EVERYTHING YOU NEED TO KNOW ABOUT THE RELEASE OF EPISODE 1 OF SEASON 4 OF STRANGER THINGS ON NETFLIX! DATE AND TIME OF RELEASE!

Stranger Things is now on Netflix! Read on to find out when Season 4 Episode 1 will be released! Stranger Things has become one of Netflix’s most popular series since its debut in 2016.

The series, set in the 1980s and inspired by films such as ET, Back to the Future, The Goonies, and many more, tells the story of a group of young people in Hawkins, Indiana, who find themselves fighting government conspiracies and terrifying interdimensional monsters. Read this to find out how old actors and characters are today.

Stranger Things Season 3 concludes with Eleven and the Byers family moving to California, a common thread that appears to continue into Season 4.

The first season trailers hint at the action in three major locations and center on Sadie Sink’s character, Max.

WHAT IS THE NETFLIX RELEASE DATE AND TIME FOR STRANGER THINGS SEASON 4 EPISODE 1?

The wait is no longer excruciating! Stranger Things Season 4 Episode 1 is set to premiere on Netflix on May 27, 2022. The release time of episode 1 of Season 4 of Stranger Things on Netflix has been set at 9:01 a.m. in France for those who want to avoid spoilers.

Stranger Things Season 4’s official synopsis reads, “Six months have passed since the Battle of Starcourt, which brought terror and destruction to Hawkins.” For the first time, our group of friends is split up, and the complexities of high school haven’t made it any easier.

In this time of vulnerability, a terrifying new supernatural threat emerges, posing a terrifying mystery that, if solved, could finally put an end to the Upside Down’s horrors.