The Flash season 8 episode 18 spoilers: ‘The Man in the Yellow Tie’ 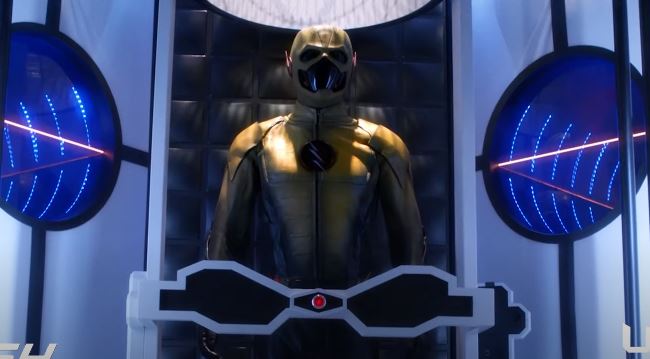 The Flash season 8 episode 18 spoilers: ‘The Man in the Yellow Tie’

Get Everything you need to know about The Flash season 8 episode 18!

There’s a lot to look forward to in The Flash season 8 episode 18, which will air on The CW on June 15. Consider the concept of yet another speedster!

If you’ve seen the promo for the next new episode, you’re probably aware that someone else is about to enter this world. The big question here is not only how they’ll do it, but also who they’ll be. We already know Eobard Thawne is at Lian Yu, so it couldn’t be him. Is it another person?

Our favorite theory is that this is some sort of Eddie Thawne clone, and we’re getting ready for some sort of Cobalt Blue clone. It’s a Flash villain we haven’t seen much of yet, and it would make a great adversary for Barry as we get closer to the endgame. (There will be a season 9, but it may be the final one.)

Check out the full The Flash season 8 episode 18 synopsis for more information on what’s to come:

With a new speedster in town, The Flash (Grant Gustin) gets a lot more than he bargained for, while Cecile’s (Danielle Nicolet) powers grow, allowing her to help Team Flash on a whole new level.

We know there are only so many episodes after this one, so expect the story to build and build quickly. Jaws have to hit the ground at some point, right?

What do you think will happen in The Flash season 8 episode 18?

What do you think this speedster will be? Share your thoughts in the comments section right now! After you’ve done that, keep checking back for more updates.