The Perplexing True Story of “Under the Banner of Heaven” 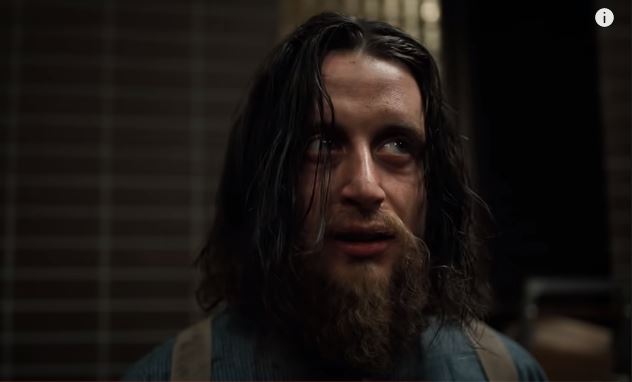 The Perplexing True Story of "Under the Banner of Heaven"

Get Everything you need to know about Who killed Brenda Wright Lafferty? in the Under the Banner of Heaven series.

Andrew Garfield stars as a Mormon detective tasked with solving the grisly murder of 24-year-old Brenda Wright Lafferty (ended up played by Daisy Edgar-Jones) and her infant daughter.

While Garfield and Gil Birmingham are fictional characters, the rest of the cast is based on real people.

The mini-series is based on author Jon Krakauer’s non-fiction book of the same name, which details the 1984 murder case that shook Utah.

We’ve compiled a concise overview of the real-life Lafferty case for the true-crime enthusiast and generally curious. Following are possible spoilers for what’s to come in Under the Banner of Heaven.

Brenda Wright Lafferty: Who Was She?

Brenda Wright married Allen Lafferty (portrayed by Billy Howle) in 1982 when she was 21 years old. Allen Lafferty is the youngest of six Mormon brothers.
The two met at an LDS group led by students from Brigham Young University, where Brenda was pursuing a degree in broadcast journalism. She intended to pursue a career as an anchor, but Allen encouraged her to become a stay-at-home mom.

Brenda gave birth to a daughter named Erica a year later, and the three settled in the quiet town of American Fork, Utah, which is located thirty miles southeast of Salt Lake City.

Brenda was not a fan of Allen’s brother Ron (Sam Worthington), who was excommunicated from the LDS Church for claiming to be a prophet receiving direct communication from God.
Ron and his other brother Dan (Wyatt Russell), who believed in him wholeheartedly, were members of the School of Prophets, a fundamentalist offshoot of the church dubbed a ‘polygamist cult’ by some.

Diana, Ron’s 20-year-old wife, filed for divorce in 1983. According to court documents (as reported by Utah’s Deseret News), he blamed Brenda for encouraging Diana to pack her belongings and relocate to Florida with the couple’s children. 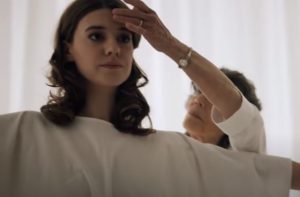 Ron Lafferty revealed to his brother Allen in January 1984 that he had had a revelation. He explained that God had spoken to him and directed that Brenda and their infant daughter be “removed.”

“Thus says the Lord to my prophets’ servants. It is my will and commandment that ye remove the following individuals for my work to continue, as they have truly become impediments to my progress “Ron scribbled on a yellow legal pad, as The Chicago Tribune reported. “And I am not going to allow my work to be halted.”

Allen reportedly stated to his brother that God had not revealed anything to him and that he would protect them with his life. Allen would return home six months later, too late.

Ron and Dan broke into Brenda and Allen’s home on July 24, 1984, while the latter was away.
A vacuum cord was used to strangle her and a 10-inch boning knife was used to slit her throat. Dan then entered the back bedroom and ensured that 15-month-old Erica met the same fate. 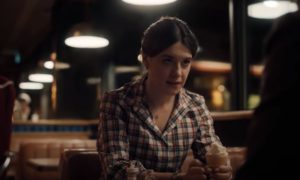 On August 17, 1984, Ron and Dan Lafferty were arrested. Two counts of homicide, two charges of aggravated burglary, and two counts of conspiracy to commit homicide were filed against the brothers (as God had also ‘ordered the removal’ of two additional individuals).

The trial began in January 1985 but was postponed due to Ron’s suicide attempt in a Utah County jail. Dan acted as his attorney and spent only 13 minutes defending himself.
He was convicted of two counts of first-degree murder and four other felonies and sentenced to two consecutive life sentences.

“I have no idea why those names were included on the list,” he said of the ‘disclosure.’ “The Lord is engaged in strange work.”

Ron was eventually found guilty and sentenced to death. This was later reversed by the 10th United States Circuit Court of Appeals in Denver, which determined that the judge erred in finding Ron competent to stand trial. After his competency was restored,’ a new trial began in 1996, during which he was sentenced to death once more – this time by firing squad.
He would file numerous appeals before dying in prison in 2019 of natural causes.

Under the Banner of Heaven premieres on Hulu on April 28, with the first two episodes streaming now.

The remaining episodes will air weekly in the United States. The series will premiere on Disney Plus in the United Kingdom, though no official date has been announced.