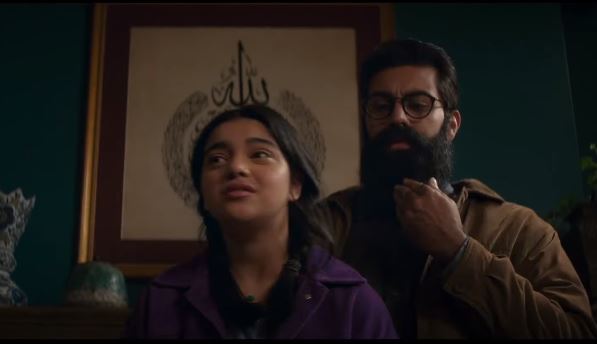 AT THE END OF EPISODE 2 OF MS MARVEL ON DISNEY+, FIND OUT WHO KAMRAN’S MOTHER IS!

Disney Plus now has Ms. Marvel! Continue reading to find out who Kamran’s mother is! After the second episode, “Crushed,” we’re officially in the thick of Ms. Marvel. The Disney Plus series follows Kamala Khan as she discovers she possesses supernatural abilities. Read this for a detailed summary and explanation of Episode 2’s ending.

At the same time, she meets a new student at school, Kamran, who seems to catch everyone’s attention. However, as Pakistani students in Jersey City, Kamala and Kamran have plenty to talk about. Everything you need to know about the release of Episode 3 is right here.

When Kamala has a problem with damage control, Kamran arrives to help her, but with a mysterious woman in the back seat of his expensive car. Kamran introduces the woman as his mother, but who exactly is she? Is she a significant character in Marvel comics?

WHAT IS KAMRAN’S MOTHER’S NAME?

In Marvel Comics, Kamran’s mother is unimportant, and she plays no significant role in Kamala Khan’s story.

Her character may be influenced by an MCU villain named Lineage. In the comics, Kamran, an Inhuman like Kamala, gained her trust before betraying her by delivering her to Lineage.

Any version of this story should be interpreted with caution, especially since Marvel appears to be intent on removing the Inhumans from Kamala’s origin. While Kamran’s mother is unlikely to be an Inhuman, she could be a villain with evil intentions for Kamala’s bracelet.

Another possibility is that Aisha is Kamran’s mother. She’s too young to be Kamala’s great-grandmother, making this scenario unlikely but not impossible.

After all, Aisha would not be the first MCU character to age for decades. It’s possible that after disappearing from her family’s life, she’s moved on and is now looking for her bracelet.

Regardless, Kamran’s mother will have a significant impact on Kamala’s story in the MCU. Keeping Kamala away from Damage Control in Ms. Marvel Episode 2 was in her best interests, but what she hopes to gain from her efforts is unknown.