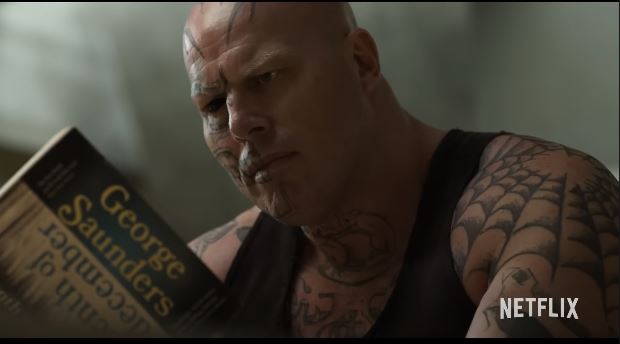 DISCOVER WHETHER SPIDERHEAD IS BASED ON A TRUE STORY!

The eponymous establishment is both a prison and a research facility on an island. Spiderhead’s overlord and visionary scientist are Steve Abnesti.

He conducts a human drug trial on Spiderhead inmates. Jeff, one of these inmates, is incarcerated for killing people while under the influence of alcohol. Read this to find out if a sequel will be released.

Jeff and the others agreed to be Steve’s guinea pigs in exchange for a sentence reduction and certain privileges. They were also released from state prisons as a result of the trial. Read on to find out where Spiderhead was filmed.

Spiderhead is a far superior option to these establishments. There are no locked doors or orange jumpsuits to be found.

The detainees have their living quarters and appear to have some freedom. Continue reading to find out if Spiderhead is based on a true story!

IS THE STORY OF SPIDERHEAD TRUE?

Spiderhead, on the other hand, is not based on a true story. Throughout history, however, many drug trials have been conducted.

The Tuskegee experiment, which began in Alabama in 1932, is arguably the most well-known of all drug trials conducted on people who had not given consent.

The study involved 600 black men, 399 of whom had syphilis and was designed to observe the effects of the disease if left untreated. Although penicillin was available to treat the disease, it was not used, and 100 men died as a result.

This is far from the only drug trial in America that has violated ethical standards. In 1914, 12 Mississippi inmates were injected with pellagra, and despite their willingness to drop the trial after experiencing horrific side effects, they were forced to continue.

During World War II, 400 prisoners in Chicago have been injected with malaria to develop new drugs to treat it. In 1950, a doctor in Pennsylvania injected 200 inmates with viral hepatitis.

WHAT IS THE MEANING OF THE TITLE SPIDERHEAD?

As Jeff explains in the story, Spiderhead describes the layout of the state-of-the-art penitentiary: “Abnesti called me to Control.