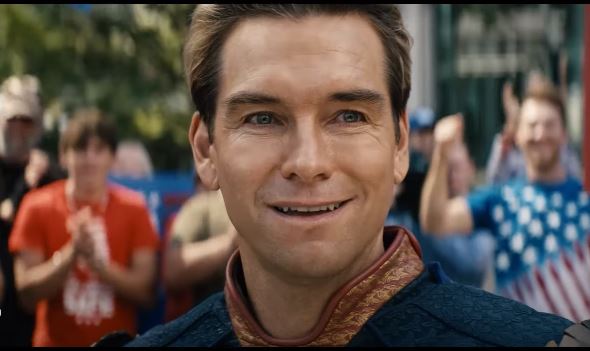 DISCOVER THE SUMMARY AND EXPLANATION OF THE BOYS’ END OF EPISODE 3 OF SEASON 3! SPOILERS!

Amazon Prime Video now has The Boys! Continue reading for an explanation of the ending of Episode 3 of Season 3!

Something is wrong with Homelander “Starlight says in Season 3 of The Boys. “Something’s broken, and he’s gone insane.

That, as anyone who has seen the previous two seasons will tell you, is an understatement. Yet, in the new season, it’s clear from the psychopathic leader of the Seven’s wide-eyed gaze that we’re about to see Homelander at his most unbalanced. It’s also a treat. Read on to find out when Episode 4 will be released.

Season 3 of The Boys picks up a year after the season finale of the previous season. The Seven attend the premiere of The Dawn of the Seven, a satirical homage to the very real Justice League film.

The Vought heroes are dressed to the nines, walk the red carpet, and attempt to rewrite Stormfront and Homelander’s romance as “a man falling in love with the wrong woman.” If you have any questions about the conclusion of Episode 3 of Season 3 of The Boys, we answer them all!

SUMMARY OF THE BOYS SEASON 3 EPISODE 3!

Homelander began the third season in a precarious position. He was losing fans as well as his position in the Seven.

It appeared that he would gradually lose his powers, possibly to make way for another villain. However, with Season 3 Episode 3, The Boys reestablish their dominance. It demonstrates why Homelander is the ultimate villain.

With his massive ratings, he knows Stan Edgar will gladly do things his way now. This means Starlight no longer has the authority she expected as co-captain.

First, he reintroduces The Deep into The Seven. He knows exactly how much Starlight is repulsed by him, which gives him an advantage.

To make matters worse, it introduces a new plot twist. He claims to be in love with Starlight. This is done to improve its image. Furthermore, being with Starlight will do wonders for him, separating him from Stormfront and the Nazis.

Annie wanted to flee as soon as she realized Homelander was becoming increasingly dangerous. Even though she is in a lot of pain, she smiles in front of everyone at the start of the episode.

She employs the same strategy to stay afloat. Still, things are about to get much worse for her. Perhaps the only solace is that Supersonic is now a member of the Seven, and she will have someone to turn to. 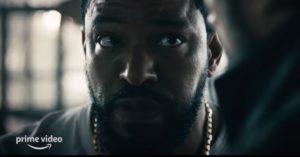 Billy becomes ill at the end of Season 3 Episode 3, but Ryan warns him that it’s not just a bad kebab and that it must be something else. Grace claims she lost 116 men in the attack, and the perpetrator received complete immunity.

Timothy, aka the Octopus, brings a dish to The Deep. Although the process appears to satisfy Homelander and Cassandra, it almost makes Ashley vomit.

Meanwhile, Alex informs Starlight that he will join the team because he will not back down now. But, as he says, he does it because someone has to look after Starlight.

Billy vomits on Hughie as he walks over to talk to him. Homelander and Starlight then chose Alex and The Deep as the final two members of The Seven in a ceremony.

However, on the same show, Homelander asserts he and Starlight are dating. Starlight is upset about this latest development, but she continues to play it up.