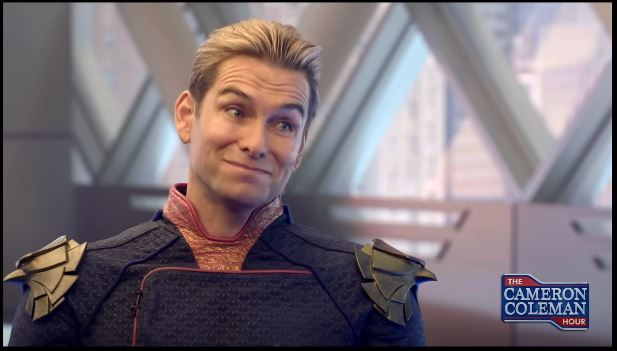 Get Everything you need to know about The Boys season 3!

We had no expectations of seeing Stormfront again when we started watching The Boys season 3 on Amazon. Based on how Season 2 ended, it seemed like whatever was left of her would-be stored away for a much later date.

However, we only saw the character in the first two days, before she committed suicide after realizing that Homelander would never want the same thing as her when it came to humanity.

So, how was the process of regaining Aya Cash after such a significant season 2 arc? According to showrunner Eric Kripke, the actress was quarantined in Toronto for two weeks just to do what amounted to a full day’s worth of work—clearly, a reminder that she’s a good sport. While Stormfront may be a horrible person, Kripke had nothing but praise for the actress who plays her:

“I didn’t tell Aya at the end of season 2 that she’d be back… We still had to figure it out. We left her alive on purpose because we wanted her to be a player in some way.

I’m not sure we knew exactly how yet. However, she is the best. “I’d bring her back just to hang out with her.”

Stormfront’s death will undoubtedly have a significant impact on Homelander; in fact, it has already done so.

What happened to her is causing her to become increasingly deranged and to do things that will surprise and disgust those around him. Is it, however, going to hurt his global popularity? Not always…

How do you think the death of Stormfront will affect The Boys’ season 3?

Please let us know in the comments section! Once you’ve done that, be sure to return to the site for more information you won’t want to miss.