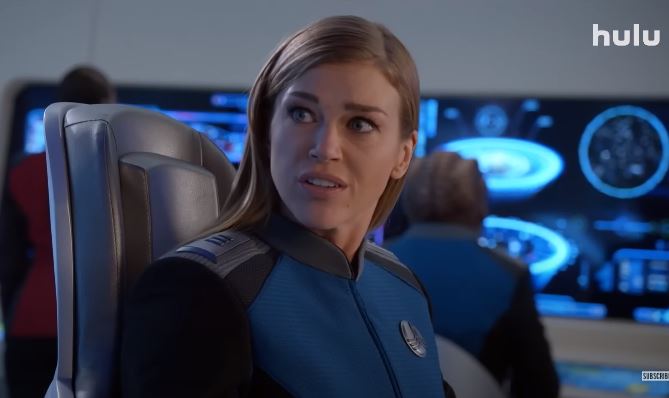 Get Everything you need to know about The Orville season 3 episode 2!

We’re more excited than ever after Thursday night’s sensational premiere of The Orville: New Horizons. One thing we already know is that with the show’s move to Hulu, things will be more ambitious than ever before. With the premiere “Electric Sheep” clocking in at nearly 70 minutes, we got a good sense of that.

There are no restrictions on the stories that can be told, and as a result, we are seeing more humor, drama, and character insight than ever before.

So, what do we know about the second episode, which will air on Thursday? It’s not much, and that’s exactly the point. The title is “Shadow Realms,” and Seth MacFarlane teased it on Twitter earlier today: “Watch this one with the lights off for maximum effect.”

If we were to make a bold prediction going into this episode, it would be that The Orville will use its Hulu budget to tell a pretty visual story — one that is also told in darkness at least some of the time. Watching it with the lights turned off may allow some of the darker hues to shine through more clearly.

While there’s no guarantee that this show will return for a fourth season, Seth’s tease serves as another reason why it should. This is a rare work of science fiction with unrivaled creative freedom.

There is no established universe to which it must adhere, nor is it required to remain in any other genre.

We’d wager that as the show has grown more dramatic since season one, it has also grown stronger — but it hasn’t lost its ability to make you laugh now and then.

What do you most want to see in the rest of The Orville season 3?

Please share your thoughts in the comments section right now! Once you’ve done that, remember to check back for more updates.