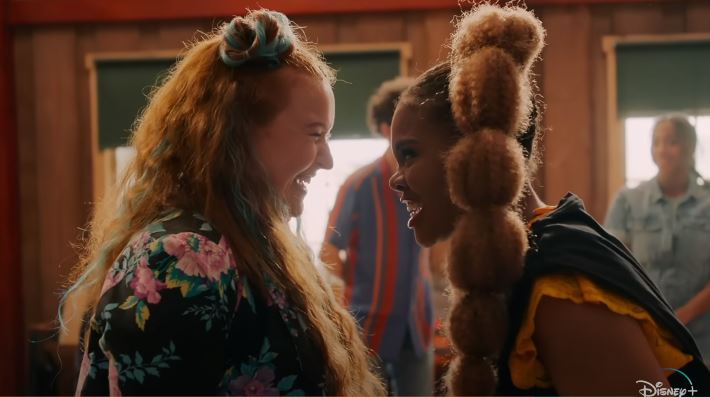 ALL THE DETAILS ON EPISODE 2 OF SEASON 3 OF THE HIGH SCHOOL MUSICAL SERIES! DATE AND TIME OF RELEASE!

The series High School Musical is now available on Disney Plus! Continue reading to find out when Episode 2 of Season 3 will be released!

The third season of the High School Musical spin-off series returns this summer, and the Wildcats will travel to Camp Shallow Lake, a summer camp in California, to perform “Frozen,” which will be recorded for a Disney+ documentary!

Changing the setting to a summer camp gave this series new life. The second season struggled because the pandemic ruined the show’s ending, requiring everything to be rewritten, resulting in a lackluster finale. They planned this for Season 3, which is why so many scenes are shot outside.

The move to summer camp also means a cast refresh, with some of the original characters missing, such as Red and Seb, and Miss Jen and Nini having storyline reasons not to be at camp.

WHAT IS THE DISNEY PLUS RELEASE DATE AND TIME FOR HIGH SCHOOL MUSICAL SEASON 3 EPISODE 2?

The wait is no longer excruciating! The release date for The High School Musical Series Season 3 Episode 2 on Disney Plus has been set for August 3!

The premiere of Episode 2 of Season 3 of the High School Musical Series has been set for 9:01 a.m.!

“Into the Unknown” is the title of Episode 2 of Season 3 of the High School Musical Series, which is not surprising given the Frozen theme at the heart of this season.

In terms of what else to expect, we don’t believe High School Musical: The Musical: The Series completely redefines the type of series it is, even if it dives headfirst into that framework.

In some ways, we appreciate it, given how few high school shows, in general, focus on the summer.

Summer camp is a time when you can develop your own identity, often independent of many of the influences in your life.

Don’t forget that this season, Olivia Rodrigo will leave the show to pursue her budding musical career full-time.

It’s no surprise, and we’re glad she’s back for another season. All things considered, she didn’t have to.