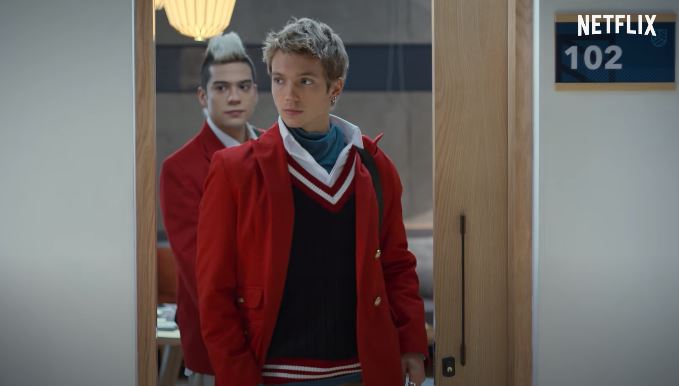 GET EVERYTHING YOU NEED TO KNOW ABOUT THE RELEASE OF REBELDE SEASON 3 ON NETFLIX! DATE OF RELEASE!

Rebelde is now on Netflix! Read on to find out if the third season of Rebelde will be released. Season 2 of Rebelde sheds the stereotypes of the first season and introduces some intriguing storytelling and character developments, the majority of which were unexpected.

With the addition of new characters, we see our old favorites continue in the Music Excellence Program at the Elite Way School for another year. Read this to get all the information about the end of the series!

As the new year begins at EWS, our group of six appears to be fractured and disjointed. Sure, they appeared to be having a good time during the semester break, but when they returned, things looked even different.

Although Jana, Dixon, Andi, and Esteban remain members of Rebelde, the split between Esteban and Jana appears to have altered some dynamics. MJ now hangs out with Sebas and gives Jana stern looks.

Andi and Emilia’s relationship is a charming feat. Luka is still the outcast, and Dixon is still the supportive sibling. Jana tries to keep her and everyone together, and Esteban’s single status makes him the new darling.

If you’ve finished the second season, we’ve got all the details on the upcoming Season 3 of Rebelde on Netflix!

WHAT IS THE NETFLIX RELEASE DATE FOR REBELDE SEASON 3?

On July 27, 2022, the second season was released. There has been no announcement regarding the renewal of Rebelde Season 3 on Netflix.

The Rebelde fandom’s investment in the characters helped launch the series’ second season, and the same excitement is building for the third season.

Many fans commented on Andi and Emilia’s relationship in Season 2 and predicted that Rebelde Season 3 would end happily for them. Seasons 2 and 3 were rumored to be in development in April of this year, but Netflix only greenlit season 2.

Given that the original Rebelde Way only lasted two seasons, it’s difficult to predict whether the Netflix adaptation will return for a third season.

However, there is a strong demand for it among fans. As a result, we are rather optimistic and believe that the Rebelde Season 3 release date on Netflix should be set for the end of 2023!