The Gray Man: Is the movie inspired by a true story? 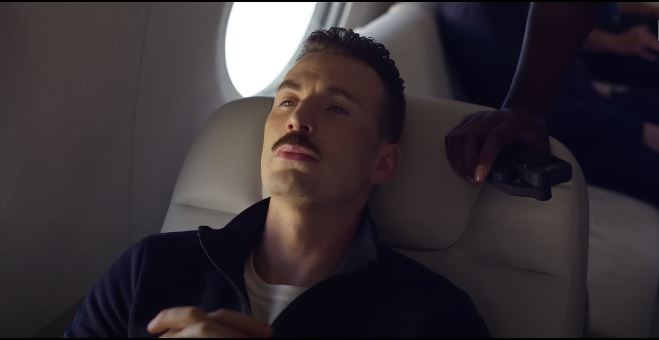 The Gray Man: Is the film inspired by a true story?

DISCOVER IF THE GRAY MAN IS INSPIRED BY TRUE EVENTS! THERE ARE DISTINCTIONS BETWEEN THE BOOK AND THE MOVIE!

The Gray Man is now on Netflix! Continue reading to find out if The Gray Man is based on a true story! The Gray Man, directed by Anthony Russo and Joe Russo, uses brighter colors than the typical action movie about the dull CIA organization.

For his first on-screen kill, the Russos’ main agent, known as the Sierra Six, wears a stylish red suit and matching nail polish. Six Works for His Liberty, Not Retirement: He’s a convicted murderer who was kidnapped from prison and placed in a secret squad by a government agent. Read on to find out when The Gray Man 2 will be released.

He appears to be content with the deal, despite wearing a light coat of fatigue that Gosling wears like a rain poncho. Six’s first performance is a flop, jeopardizing his job security. Six remains unflappably jaded as he travels through ten countries, including Thailand and Azerbaijan. Continue reading to find out if The Gray Man is based on a true story!

IS THE GRAY MAN BUILT ON A TRUE STORY?

WHAT ARE THE DIFFERENCES BETWEEN THE GRAY MAN BOOK AND THE MOVIE?

Six is also given a different story in the movie. He is sentenced to prison in the movie after murdering his abusive father. In the books, however, they have a strained relationship but no murder. Lloyd Hansen is also the person who pursues Six in the first volume. His motivation, however, is very different from that which drives Chris Evans’ character.

Book Hansen is not, in fact, a ruthless private military contractor. He is a lawyer tasked with leading a team in the hunt for Six, who is on the run after murdering the Nigerian President’s brother.

One of the advantages of the movie is that it creates a hierarchy in which everyone works for someone else. The mention of the “old man” is dropped, which pulls on Carmichael’s heartstrings. According to the book, Carmichael works for the Saudi secret service. While the movie conceals the identity of the elderly man.

Dani Miranda, Ana de Armas’ character, does not appear in the books. This is a new character created for the movie because directors Anthony and Joe Russo wanted to address the lack of strong female characters in the books. Read this for a detailed explanation of the ending.

Fitzroy’s family also plays a minor role in the movie. Claire becomes a motivator for Six, who keeps returning to save her from her enemies.

The plot of the movie is heavily reliant on their relationship. In the novel, however, Hansen imprisons Fitzroy’s entire family in Normandy. Six needs to save not only his niece but also his wife and children.