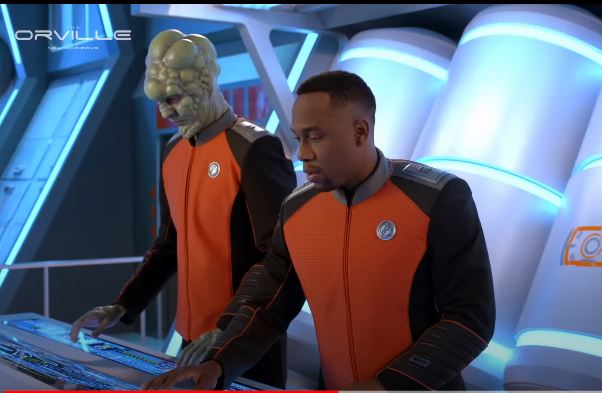 Get Everything you need to know about The Orville season 3 episode 9!

As we approach The Orville season 3 episode 9 on Hulu coming next week, it appears that almost everything will be different for the Union. I mean, how could it not be?

We know Moclus is gone now that we’ve seen the events of “Midnight Blue.” After ignoring many of their regressive philosophies and quick tempers for just a long time, their torture, as well as treatment of Topa, was a tipping point.

The earth has been expelled, even though this movie has some military consequences.

We understand that the Union is still vulnerable against the Kaylon, and the rest of the season could see some serious fighting.

How hazardous could things possibly be? In a word, very — and you must prepare accordingly.

Depending on how events unfold over the rest of the season, The Orville could find itself in a David vs. Goliath battle like no other.

If nothing else, we’re hoping to see more of Topa, Bortus, as well as Klyden as a family in the season’s final two episodes — Klyden returned and expressed tremendous remorse for what he did.

This, at the very least, helps us to realize that anyone in this world is capable of changing.

However, we cannot simply assume that he will return to his old life everything will return to normal. There may be complications that last for an extended period.

While little about episode 9 has been revealed thus far, there are certainly unresolved issues this season. Consider the Kaylon or the presence of Mercer’s child, both of which he was unaware of before the start of the season.

What are you most excited to see in The Orville season 3 episode 9?

Please share your thoughts in the attached comments! Once you’ve done that, remember to return — this is the best way to ensure you don’t miss any future updates to the series.