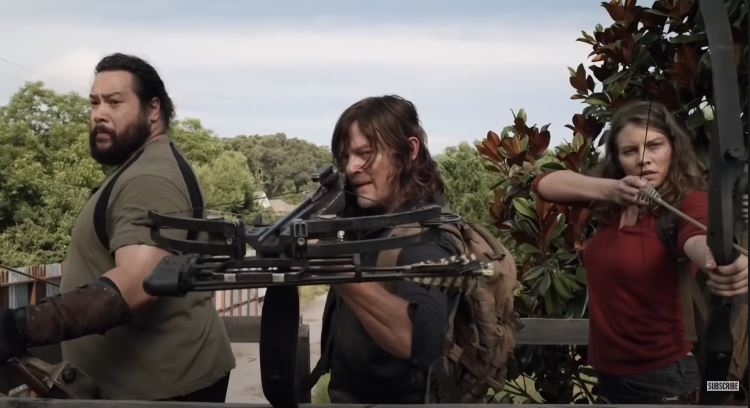 GET EVERYTHING YOU NEED TO KNOW ABOUT THE RELEASE OF PART 2 OF SEASON 11 OF THE WALKING DEAD ON NETFLIX! DATE OF RELEASE!

The Walking Dead is now available on Netflix! Continue reading to find out when Season 11 Part 2 will be released!

The Walking Dead is on hiatus following the premiere of the eleventh season. The cliffhangers at the end of the first part could have worried us if not for the spoiler-filled teaser that aired.

The first half of the eleventh and final season focused on Maggie and Negan’s feud, Alexandria’s plight, Daryl becoming a reaper, and what was going on in the Commonwealth. Read this to find out how many parts and episodes there are.

Some of these topics, such as Maggie and Negan, have been around for far too long, while others have left viewers perplexed as to their purpose (the reapers).

The Walking Dead Season 11 Part 2 is expected to conclude some of these stories and introduce new ones.

You must be eager to learn more, so we tell you everything about the release of Part 2 of Season 11 of The Walking Dead on Netflix!

WHEN WILL THE WALKING DEAD SEASON 11 PART 2 BE AVAILABLE ON NETFLIX?

If we stick to the US release schedule, we’ll have to wait about 4 months between the first two parts. As a result, we anticipate that Part 2 of Season 11 of The Walking Dead will be available on Netflix by the end of 2022!

AMC released an official synopsis for season 11 of The Walking Dead in June 2021, which reads: “Alexandria is gravely compromised, she’s just a shell of the house she used to be.” Once upon a time, in the aftermath of the “Whisperers'” carnage and devastation. Everyone in Alexandria is now struggling to refortify it and feed its growing population, which includes survivors of the Kingdom’s Fall and the Hilltop Fire, as well as Maggie and her new band, the Wardens.

Alexandria has more people to feed and protect than she can feed and protect. Their situation is dire as tensions over previous events rise and the instinct for self-preservation emerges within the ravaged walls.

They must find more food while attempting to restore Alexandria before it collapses, as it has in so many other communities over the years. However, where and how?

They must dig deeper than ever to find the effort and strength to save their children’s lives, even if it means losing their own.

Meanwhile, unknown to those in Alexandria, Eugene, Ezekiel, Yumiko, and Princess are still being held captive by unidentified soldiers who are part of a larger, hostile group.