Thor Love and Thunder: How did Zeus not die? 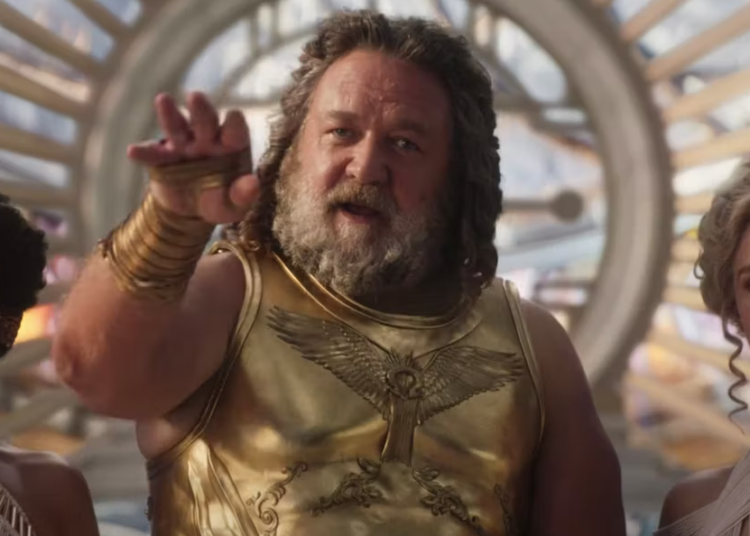 Thor Love and Thunder: How did Zeus not die?

IN THE MCU, LEARN WHO ZEUS IS AND HOW HE SURVIVED IN THOR LOVE AND THUNDER!

Thor: Love and Thunder were released in theaters on July 13, 2022! Continue reading to find out how Zeus survived!

Russell Crowe plays Zeus, the new Greek god from Thor: Love and Thunder, but his backstory has some interesting implications for the Marvel Cinematic Universe. Read on for an explanation of Thor 4’s ending.

It was only a matter of time before the gods of Olympus made their way into the MCU. Zeus made his Marvel Comics debut in Venus #5 in 1949.

Stan Lee and Jack Kirby created the character, also known as “Zeus Panhellenios,” to incorporate elements of Greek mythology into comic books. Read this to find out if Jane Foster will return.

The presence of Zeus as an otherworldly god allowed the comics to delve into other deities while intersecting with events involving otherworldly beings such as Thor, Odin, and other inspired characters. mythology from Norse mythology While cosmic beings have been present in the MCU since Phase 1, the addition of Greek gods is a highlight of the new series of titles.

Zeus first appeared in Marvel comics before appearing in Thor. Zeus, the god of heaven, sky, and weather, was portrayed as a humanoid being from the dimension of Olympus.

He was the Titans Cronus and Rhea’s youngest son. Cronus, the ruler of Olympus, was concerned by a prophecy that one of his children would one day overthrow him.

Cronus imprisoned his children in Tartarus after they were born to prevent the prophecy from coming true. Rhea, on the other hand, saved Zeus from the same fate. Gaea, his grandmother, then secretly cared for him.

Zeus vowed vengeance on his father as a child, freeing his siblings as well as Cyclops before declaring war on the Titans.

After a ten-year war, Zeus triumphed, sending the surviving Titans, including Cronus, to Tartarus, and assuming leadership of the Olympians. 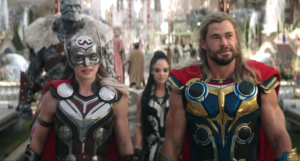 WHAT ARE ZEUS’S POWERS?

Zeus, as a Greek god, possesses cosmic powers similar to Odin and Galactus. Superhuman strength, speed, agility, reflexes, as well as stamina are among his many abilities.

Levels of the aforementioned powers can become even more potent when Zeus taps into his cosmic consciousness. Read on to find out who Gorr’s daughter is.

Zeus, like the other gods, is immortal, which means he cannot die naturally. His body has a regenerative healing ability, allowing him to repair a damaged organ or replace a missing limb if necessary.

As in Greek mythology, Zeus in Marvel Comics wields the power of electrokinesis, manifesting as lightning with his signature weapon, the lightning bolt.

If these abilities weren’t enough, Zeus was given the ability to fly and the ability to communicate in all languages, also known as ‘All speak.’ Zeus’ appearance in Thor: Ragnarok also hinted at what his powers will be like in the MCU.

His specialty is lightning bolts, but they are extremely powerful. At least, they must be if Mjolnir and Stormbreaker wielders are to use them against the enemy.

Furthermore, Zeus commands the entire City of Omnipotence, so his otherworldly powers must be strong enough that the other deities regard him as their leader and will fight alongside him if necessary.

WHY DIDN’T ZEUS DIE IN THOR LOVE AND THUNDER?

The fact that Zeus deflects what appears to be a death blow from Thor Love and Thunder alludes to Zeus’ toughness in the comics.

Zeus, unlike the other characters in Thor: Love and Thunder, has no physical flaws that he exploits. Indeed, as previously stated, Zeus has nearly total regeneration and immortality, and he is extremely difficult to kill.

Although Zeus is initially presented as a dimwitted character in Thor: Love and Thunder, the fact that he is virtually unharmed after Thor’s lightning strike suggests that he may be as invulnerable as his Marvel Comics counterpart.

Zeus‘ growing contempt for humanity, as well as the way he orders Hercules to kill Thor, demonstrate that he is just as dangerous. In any case, Zeus appears to be a key antagonist in Phase 4 of the MCU.

HOW DO YOU KILL ZEUS?

Zeus could be killed, but only in a way similar to how Thor dealt with Hela in Thor: Ragnarok.

Thor 5 could see Zeus confronting Nyx, a rogue goddess “born in darkness before creation” who Zeus imprisoned in the past.