Thor Love and Thunder: Why Jane is Mighty Thor & not Lady Thor? 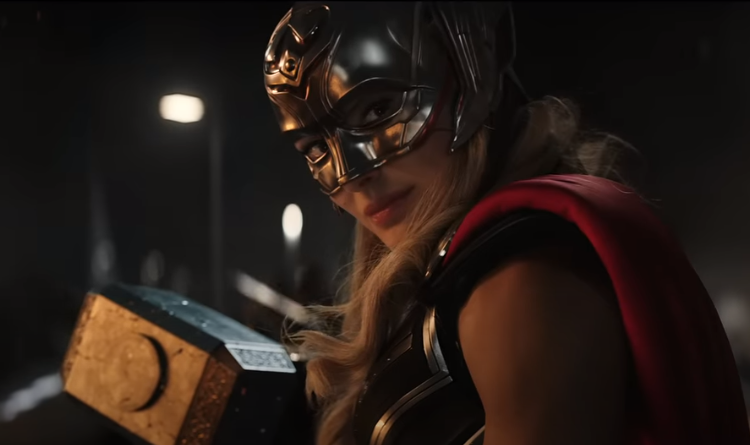 Thor Love and Thunder: Why Jane is Mighty Thor & not Lady Thor?

DISCOVER WHY JANE FOSTER PREFERS TO BE MIGHTY THOR OVER LADY THOR IN LOVE AND THUNDER!

Thor: Love and Thunder were released in theaters on July 13, 2022! Continue reading to find out why Jane Foster is Mighty Thor!

Thor’s ex-girlfriend, Jane, claims Mjölnir for herself in Thor: Love and Thunder. And through the power of the hammer, she gains the power of the god of thunder himself. Read on for an explanation of Thor 4’s ending.

They must band together to defeat a new villain, Gorr, the Butcher of the Gods, who is on a mission to eliminate every deity in the universe.

If the idea of muscular, female Thor hunting aliens excites you, you’re not alone, and you’re in luck. After the multiplex, there are tons of great stories featuring Jane Foster as Thor in the world of Marvel Comics for you to read.

Jane is without a doubt one of the coolest beings to wield Thor’s hammer in Marvel Comics lore, but she was relegated to second place and/or secondary roles for a long time, much like in the movies, often playing the helpless victim who needs to be saved by Thor’s hero. In the film, Jane plays Mighty Thor rather than Lady Thor, as she specifies, but why? 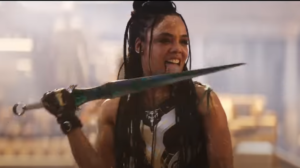 WHY IS JANE FOSTER MIGHTY THOR, NOT LADY THOR?

Near the end of Thor: Love and Thunder, Jane confronts Gorr, who addresses her as “Lady Thor,” to which she poignantly corrects him by saying her name is Mighty Thor.

Before bringing down his rage hammer, she adds that if he can’t call her that, the second option is “Dr. Jane Foster.”

In the MCU, Lady Thor and “Female Thor” have frequently been used to describe Portman’s transformed character, but Waititi and the cast made a point of using the Mighty Thor moniker in Love and Thunder because it is an important aspect of Jane’s new identity. Read on to find out when Thor 5 will be released.

Marvel keeps mentioning Jane as Mighty Thor to demonstrate that she isn’t just a female version of Hemsworth’s superhero.

Jane transforms into Thor by wielding Mjolnir in the same way that Sam Wilson transforms into Captain America after taking control of the shield. Read this to find out how Natalie Portman gets her muscles.

Jane demonstrates her desire to assert her own identity by responding to Mighty Thor’s commentary. It also pays homage to the character from Marvel Comics.

Mighty Thor was chosen as the official name as inspiration for Jane’s expanded role in Thor: Love and Thunder.

It not only pays homage to the character’s history in the comics, but it also gives Jane a new identity that differs from the simple female version that viewers are used to seeing.