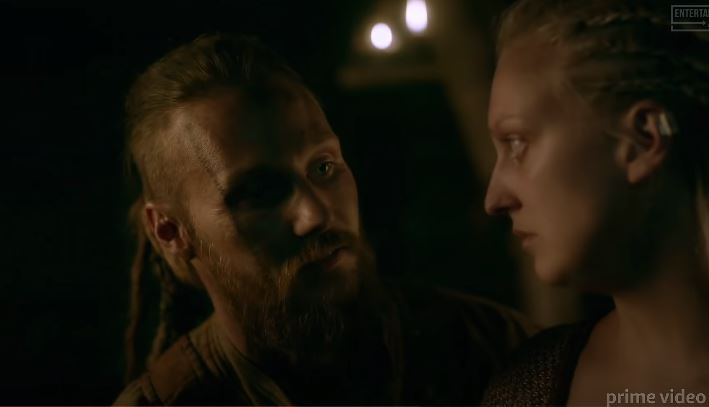 DISCOVER THE EXPLANATION FOR THE END OF PART 2 OF VIKINGS SEASON 6 ON NETFLIX! SPOILERS!

Vikings are now on Netflix! Continue reading for an explanation of the end of Part 2 of Season 6! The Viking Age, or should we say, the Viking Age has finally ended. The final shield wall has been built, and the final Drakkar has been launched. Heroes have risen, fallen, and given their lives to Christ.

In the end, the best thing that can be said about Michael Hirst’s historical epic’s final ten episodes is that she died fighting, with a sword in her hand. Maybe we’ll see it again in Valhalla’s corpse hall. Read this to find out if Season 7 will be released.

We learned the fate of Bjorn Ironside, who’d been crushed by his brother Ivar in the Season 6 Part 1 finale, throughout ten episodes. Rus, with the young prince, returned to his uncle Dir, and the maniac Oleg of Kiev was murdered by his own nephew’s hand.

We also witnessed King Harald Finehair’s fleeting victory, which fulfilled his lifelong ambition to rule Kattegat. Ubbe discovers the Promised Land of Gold. Floki steps out of a lonely treehouse.

After Ivar and Hvitserk return home from their long side quest, King Alfred’s Wessex launches another vicious raid. Here’s an explanation for the end of Part 2 of Vikings Season 6!

Following Bjorn’s death in the battle against Oleg, the country’s focus shifts to the election of a new leader, while Erik attempts to sabotage himself by playing the role of a double agent, dressing Gunnhild, and Ingrid one against the other.

When Harald returns to take over Bjorn’s throne, he chooses Gunnhild as his queen. When he learns that Ingrid is pregnant, he assumes that the child is a sien and announces that he will also marry her and that he will have the same two wives as Bjorn.

Gunnhild, on the other hand, informs them that she will not be going to join them through the bonds of marriage because she is still married to Bjorn in her heart. She then dives into the waters and drowns to find her beloved in Vallhalla.

From there, it is Harald’s reign, but he, too, leaves the country to fight alongside Ivar the Boneless as well as his brother Hvitsrk against the Christians of Wessex.

Hvitserk surrenders to the Christians and therefore is baptized as one of them, giving up any claim to the Viking throne in the process.

Ubbe and Other travel with their colony to the Land of Paradise, which the latter claims to have discovered by chance, in Season 6 Part 2.

Ubbe and Torvi finally arrive in paradise after many hardships, interpersonal battles, conflicts, and the loss of a child.

The Native Americans bring Ubbe as well as the other Viking settlers to the man who taught them this strange language, who happens to be Floki.

When asked why he left, Floki says he was overcome by such intense sadness that he can’t remember what caused it.

There are strong indications that Floki suffers from depression, but they didn’t know the term at the time.

The Vikings Season 6 Part 2 finale gives us strong hints that Ubbe is also settling down with Floki, who claims he’ll die anyway.

With this revelation, Ubbe’s chances of returning to his homeland dwindle, and Ingrid’s reign on the throne is cemented.

Using her magic, she first brings in Erik, who had claimed the throne following Harald’s departure and then has his spy slaves murder him in full adultery. Erik’s death is satisfying enough, but Ingrid, with all her flaws and cunning, unexpectedly ascends to the throne.

She only has her unborn child as well as gender to keep her royal position after Bjorn’s death, as she tells her sister-wife at the beginning of the season. And she takes advantage of it.