Zombies 4: What is the Disney Plus Premiere date? 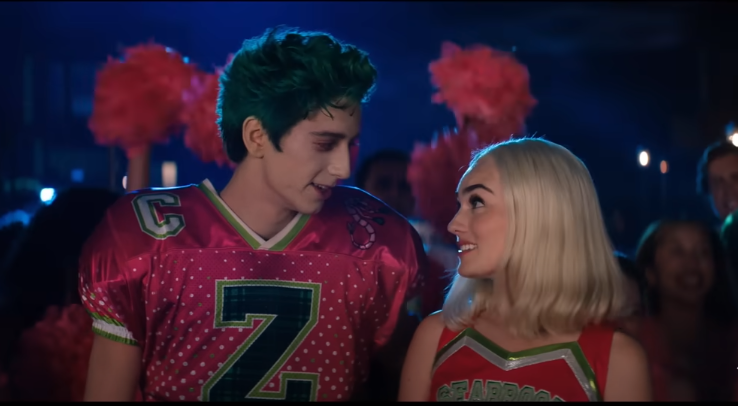 Zombies 4: What is the Disney Plus release date?

DISCOVER EVERYTHING ABOUT ZOMBIES 4 ON DISNEY PLUS! DATE OF RELEASE!

Disney Plus now offers Zombies! Continue reading to find out when Zombies 4 will be released! For those who are unaware, Zombies is the latest hit musical franchise from Disney Channel, following in the footsteps of High School Musical and The Descendants.

The story revolves around Addison, a human cheerleader who is madly in love with her boyfriend, Zed, a soccer star, and is directed by Paul Hoen and stars Milo Manheim and Meg Donnelly.

The only issue? Zed is a walking zombie. In fact, half of the population of Addison’s hometown, Seabrook, is made up of zombies as a result of a power plant accident.

In Zombies 3, Addison and Zed face a new challenge in their relationship when aliens arrive in Seabrook, but is that the end of their story?

Given that the equally popular Descendants series also ended after three films, the conclusion of the Zombies trilogy makes sense.

There’s also a sense of completion to the film, as it doesn’t end on a cliffhanger like Zombies 2. We tell you everything you need to know about the upcoming release of Zombies 4!

WHAT IS THE DISNEY PLUS RELEASE DATE FOR ZOMBIES 4?

There have been no renewal announcements regarding the release of Zombies 4 on Disney Plus as of yet. For the time being, we’d say a Zombies 4 film is unlikely but never say never.

Zombies 3 is the first in the series to be available exclusively on Disney+, which could help it reach a larger audience than previous films, so keep an eye on it.

Even if Zombies 4 does not happen, Disney has confirmed an animated television series based on the series, titled Zombies: The Re-Animated Series, which will air in 2018.

We don’t know much about it yet, but it will reportedly star Zed, Addison, Eliza, Willa, as well as “the entire Seabrook crew.” “The members of this gang may have been able to relate to one another, but they have yet to survive high school,” according to the synopsis.

The creators also stated that the success of the third film will determine the release of Zombies 4. In the event of a renewal, the release date for Zombies 4 on Disney Plus should be set for mid-2024.

Otherwise, we’ll have to wait until the animated series to see our heroes embark on new adventures!