365 Days 3 The Year After: Ending Explained! 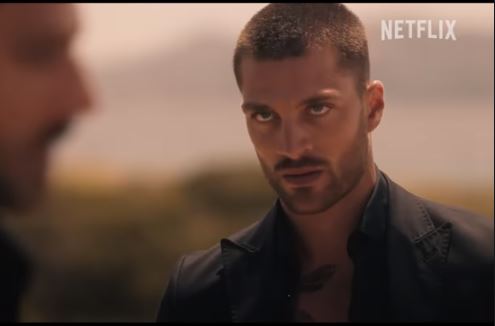 365 Days 3 The Year After: Ending Explained!

LEARN THE EXPLANATION OF THE END OF 365 DAYS 3! SPOILERS!

Netflix now has 365 days available! Continue reading for an explanation of the end of 365 Days 3! The steamy Polish movie continues Massimo and Laura’s twisted romantic story, but their relationship is complex by the arrival of a mysterious man named Nacho. Read on to find out when 365 Days 4 will be released.

Of course, fans will be wondering who Laura will end up within 365 Days 3, the latest movie based on Blanka Lipiska’s trilogy of books. The first two sequels were fired back, with the third due out later this year.

But if all that steamy storytelling has distracted you, we’re here to dive under the sheets with 365 Days 3 to reveal everything, such as speculation about that ambiguous finale. The conclusion of 365 Days 3 on Netflix is explained here!

Laura is surprised when she returns to Sicily at the end of 365 Days 3 because Nacho has disguised himself as her driver. He opens his heart to her and tells her about their possible future together, but she says she “needs time.” “I’ll wait,” Nacho says as they part ways at her house.

Massimo waits on the beach for Laura, but instead of being enraged, he is surprisingly philosophical. He was well aware of Nacho’s existence and regrets that Laura felt unable to visit him after the loss of their child.

Laura tells Massimo that he had a “wonderful father” and that “one day” he will be one as well: “Are you back, my little girl?” That’s the end of it. Laura’s decision is never explained, and the 365 Days Trilogy concludes with this question unanswered.

It’s up to you whether Laura decided to give Massimo some other chance, get back together with Nacho, or stay single.

It’s a very different ending than the book series on which the trilogy is based. There are numerous events in this third book, including a dead dog, another kidnapping, and a heart transplant. In reality, the only real parallel is that Laura rides a motorcycle in the movie.

Laura chooses to be with Nacho at the end of the book, but only after Massimo has held her against her will, drugged her, and attempted to get her pregnant. In this scenario, it’s not surprising that she ran away with Nacho. They have a daughter together, according to the epilogue, and Massimo has given up and accepted the divorce.

We’d rather have this ambiguous ending to the movie trilogy than the alternative. Could we be getting a fourth 365 Days movie? Don’t rule it out if The Next 365 Days 3 is a success.