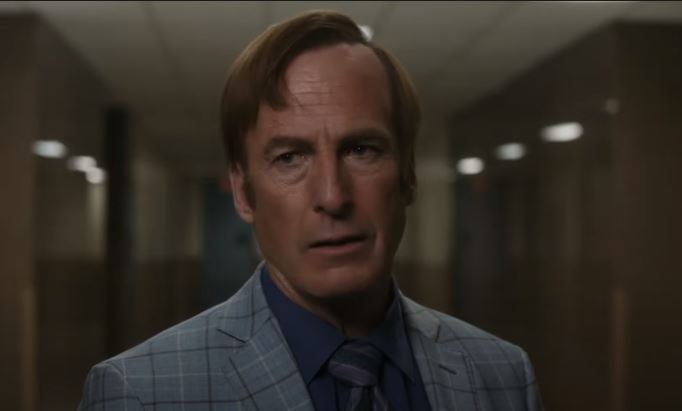 FIND THE SUMMARY AND EXPLANATION OF THE END OF EPISODE 11 OF SEASON 6 OF BETTER CALL SAUL! SPOILERS!

Better Call Saul is now on Netflix! Continue reading for an explanation of the ending of Season 6 Episode 11! Jimmy McGill fought a losing battle against his nature, even trying to restrain himself. “Slippery Jimmy” with a law degree would be “like a chimp with a machine gun,” as his brother Chuck once said.

While this analogy belittles Jimmy’s extraordinary swindling abilities, Jimmy cannot be expected to walk a tightrope for long because swindling is in his blood. Although he chose the name “Saul Goodman” due to a complicated set of circumstances, it turned out that it wasn’t just a character he had to play.

But the most complete realization of who he was, free of the moral and ethical baggage of being a McGill. Jimmy McGill is not him. And he’s not the sad old Gene Takovic.

The chimp with the machine gun is here. And with that, the Breaking Bad/Better Call Saul universe’s loop is complete. Read on to learn everything there is to know about Episode 12.

Tonight’s episode is titled “Breaking Bad,” and it’s a fascinating re-enactment of a Breaking Bad Season 2 episode titled “Better Call Saul.” If you have any questions about the conclusion of Episode 11 of Season 6 of Better Call Saul, we have answers!

When Jeff’s boyfriend discovers that he has cancer, he refuses to continue with their current brand. The commotion alerts Jeff’s mother to their nightly meetings. Gene argues that cancer does not make someone a saint, which he knows all too well from personal experience, but something is telling about Jeff’s friend drawing a clear moral line while Gene does not.

It’s amazing how quickly Gene went from panicked to suspicious faces in the mall food court. It’s almost as if he wants to be discovered. Read this if you have any questions about the timeline between Better Call Saul and Breaking Bad.

And perhaps he does. When Gene calls Francesca to Albuquerque for information on her old team and possessions, it is a pivotal moment in the episode. He is getting bad news on almost every front until Francesca mentions that Kim called and inquired about him.

This prompts Gene to dial Palm Coast Sprinklers in Florida in an attempt to contact Kim, but we are unable to hear the conversation because we are watching Gene struggle in the phone booth. Is Kim no longer employed there? Was he not allowed to speak to her?

Did something even worse occur? We question ourselves. Maybe Gene was hoping for a reunion with Kim, and now that that’s not possible, he realizes he has to make the best of his remaining time, just like the cancer patient.

Gene is relaxing at home at the end of Better Call Saul Season 6 Episode 11 when he receives a call that causes him to rush to Jeff’s house in a rage. Jeff’s friend was unable to carry out his scheme because he was diagnosed with cancer; he takes the same pills as his father.

Gene is furious, accusing him of cowardice and claiming that the man will be dead by the time he realizes he has been duped. Jeff’s friend believes they’ve made enough money to let this go, but Gene interrupts him, saying, “It’s not up to you.”

Jeff’s friend has already removed the tape from this guy’s door, but Gene still fires him and orders a conflicted Jeff to drive him to this guy’s house to finish the job.

At the end of Better Call Saul Season 6, Episode 11, Jeff is concerned that the man is awake, but Gene assures him that he is not and instructs him to come to get him in 20 minutes.

Gene approaches the cancer patient’s door as we see Saul walk into Walter White’s high school, past his Pontiac Aztek in the parking lot…and smashes a window to gain entry.

The final two episodes will presumably cover events in the Omaha and Breaking Bad timelines, but what will happen is still unknown. I like how Peter Gould and his team kept us on our toes with these final episodes, jumping around the timeline enough that we didn’t feel completely lost. The way things are going, Gene doesn’t appear to be following the simple Cinnabon rhythms for much longer.