Blacklist Season 9: Explanation of the end! Who is dead ? 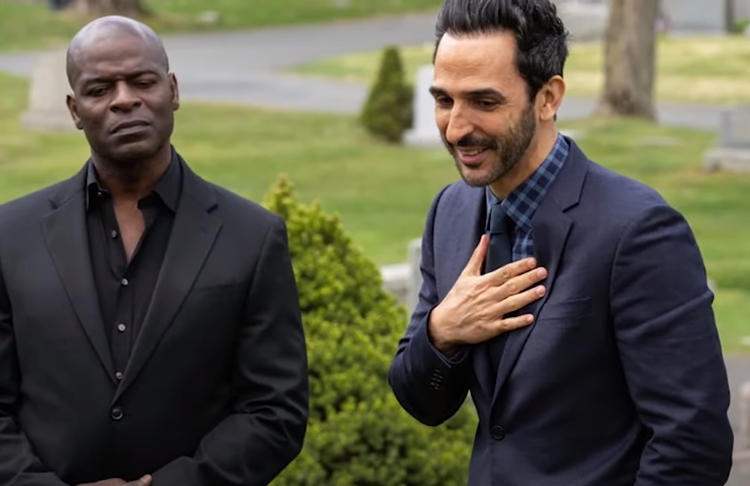 Blacklist Season 9: Explanation of the end! Who is dead ?

DISCOVER THE EXPLANATION FOR THE END OF BLACKLIST SEASON 9! SPOILERS!

The Blacklist is now on Netflix! Continue reading for an explanation of the Season 9 finale!

The announcement at the gravesites of Agents Aram Mojtabai and Alina Park that their characters’ journeys led them away from the Task Force was the most difficult loss in the Blacklist season 9 finale.

While Alina deals with her constant migraines, builds a new life and starts a family, Aram plans to ride his bike around Brooklyn, take a much-needed break, and see Broadway shows. These shocking departures are difficult to swallow!

The characters, as well as the actors who played them, Amir Arison and Laura Sohn, will be sorely missed. Fans can expect to see them in Season 10, which according to all reports is a real possibility. Read on to learn everything there is to know about the Season 10 premiere.

Our first “full round” of this episode is Aram’s interest in theater. Of course, Amir Arison will play the lead in The Kite Runner, which opens on Broadway this summer.

As heartbreaking as Aram’s departure is, the silver lining is that the beloved and talented Amir Arison is about to fulfill a lifelong dream by taking the stage. Many fans will undoubtedly be present in the audience to witness its success! Here is an explanation for the conclusion of Season 9 of Blacklist!

EXPLAINED: THE END OF BLACKLIST SEASON 9!

Red finally gets an audience with Marvin at the end of Season 9 of The Blacklist. Although Red could have killed him right then and there, he chooses to wait and let Marvin go on his terms. Marvin commits suicide in his car shortly after his release from prison.

However, Marvin has one more task before he takes his own life. Before leaving prison, he addresses Wujing and informs him that Red is a confidential informant who has worked for the FBI for many years.

Wujing manages to escape from prison at the end of Blacklist Season 9. He does, however, reveal that he has no plans to return home. Wujing, on the other hand, wishes to assassinate Raymond Reddington. Wujing is aware that he cannot do it alone, but he does not have to. He has a long list of criminals who have suffered as a result of Red’s actions.

Season 10 will almost certainly follow Wujing’s plan of rounding up the dangerous criminals Red betrayed to bring him down.

Because Amir Arison and Laura Sohn have left the show, it’s reasonable to expect Season 10 to introduce a few new series regulars.