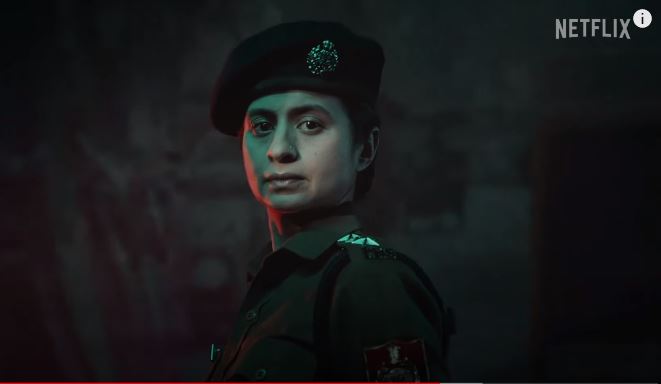 DISCOVER THE EXPLANATION OF THE END OF SEASON 2 OF DELHI CRIME! SPOILERS!

Delhi Crime is now on Netflix! Continue reading for an explanation of the Season 2 finale! First and foremost. Season 2 of Delhi Crime is just as good as Season 1.

It’s even better in some ways. Because it is more specific. In the first season, she overcomes the problem of being too soft. Read this to find out if the series is based on a true story.

That appraising gaze is much less forgiving in the new season, directed by newcomer Tanuj Chopra. No, not all cops work for the good guys. And, no, they are not without flaws.

It’s also better because it’s more compact. We don’t waste time with introductions because we know the main characters and, because we’ve invested in them, we greet them as if they’re people we know.

This creation of interesting men and women tasked with keeping law and order in the harshness of Delhi was one of the great things about the first season. It’s great that you found them. If you’ve finished the new episodes, you’re probably wondering what happens at the end of Delhi Crime Season 2 on Netflix. We’ll tell you everything!

Vartika is convinced that there is no way to find Karishma at the end of Delhi Crime Season 2 after exhausting all leads. A new detail appears when she has lost all hope.

It turns out that a series of calls to a restaurant were made in the early hours of the morning. This appears suspicious because no restaurants are open at that hour.

When questioned, the owner reveals that he was approached by Karishma, who asked him to find a place for his gang to stay for a few days. She paid him in advance, and she appeared to come from a wealthy family, so the man found her a job without ever questioning her credentials. The cops set a trap for Karishma after obtaining her address. She is apprehended after a brief chase.

When asked why she committed these murders, Karishma says she just wanted to live like a rich person. Karishma only started a gang and committed heinous crimes because she desired a better life. His rage, combined with his desperate need for money, resulted in a string of murders that shook the city.

The serial killings come to an end with Karishma’s capture. Vartika decides to do the right thing when she could have simply done as she was asked and moved on.

Despite clear orders from her superiors, she admits at a press conference that Azaad and Jugnu had no involvement in the murders and will not be arrested. Read this to find out if Season 3 will be released.

Such an act can only garner her superiors’ approval, and she is thus promoted to DIG. However, the superiors are unconcerned about her opposition to them, which undermines their superiority.

To punish her, they relocate her to a remote location. This means she will have to leave her well-established life and career in Delhi, and she will most likely be separated from her family.