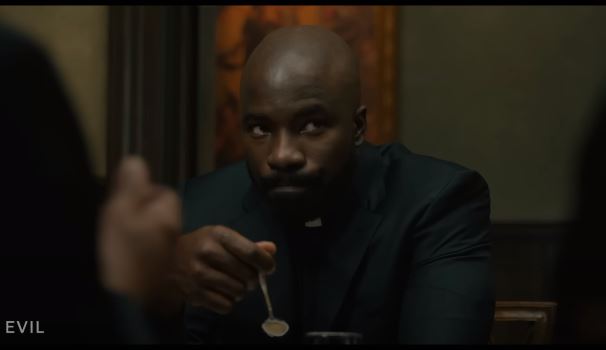 Get everything you need to know about Evil season 3 episode 10!

Next week, on Evil season 3 episode 10, there will be an epic finale, possibly unlike any other. There are several elements at the heart of it, but the theme of vengeance may be the most prominent. Also, apologies.

The various layers of faith are something that the Paramount+ show always has allowed us to see. In this story, there are both devout and flawed characters who struggle with temptation as well as trauma. The death of Monsignor Korecki, among many other things, will be a struggle for David in the future.

They weren’t always on the same page, but they had a long history together, and he served as a mentor to Mike Colter’s character. His death is difficult; the same fact that it was caused by Leland makes it even more difficult. This is a man who, in theory, could have been apprehended a long time ago. Why didn’t that occur?

We imagine Kristen, David, as well as other characters, will attempt to bring at least some balance to the world in this finale… However, the main issue here is how they intend to do so. It will be difficult to eliminate all threats because some are always present. We see this finale as them giving it their all.

The good news is that we already know, going into this episode, that Evil season 4 is on the way. This at least temporarily removes that worry from our minds. On the other hand, this implies that there may be a major cliffhanger at the end that you must prepare for.

What do you most want to see in the Evil season 3 finale?

Do you believe there will be a major cliffhanger at the end? Please share your thoughts in the comments section right now! Once you’ve done that, keep checking back for more updates.