House of the Dragon Season 1: Who is the narrator? 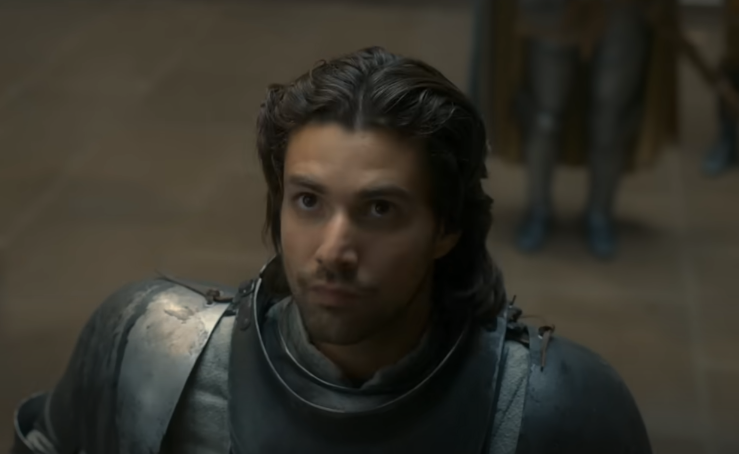 House of the Dragon Season 1: Who is the narrator?

IN SEASON 1 OF HOUSE OF THE DRAGON, FIND OUT WHO THE NARRATOR IS!

House of the Dragon is now on OCS! Continue reading to find out who the narrator is!

The lavish scale of House of the Dragon is obvious from the opening scene in the crumbling halls of Harrenhal, but the initial episode of the new prequel series is an intimate and intriguing take on Westeros’ most dysfunctional family.

While Game of Thrones’ first episode introduced us to the Starks, Baratheons, Lannisters, and, yes, Targaryens, House of the Dragon’s first episode focuses on a handful of major characters 200 years before the events of the original series. Read on to find out how many episodes the season will have.

The first episode deftly establishes each character’s concerns and ambitions, laying the groundwork for the ensuing bloodbath. This is not an easy task in a world as complex as the Seven Kingdoms, and we succeed by sticking to this narrower framework. In Episode 1 of House of the Dragon, we have a narrator to help us understand. But who exactly is this narrator?

WHO IS THE HOUSE OF THE DRAGON’S NARRATOR?

Martin frequently employs a plot device known as the “unreliable narrator” in his works, in which viewers cannot always trust first-person accounts.

However, Condal stated in an interview that they would not use the book’s untrustworthy narrator in House of the Dragon.

“As entertaining as the Rashomon style of storytelling is, we decided to leave that to the book and instead try to define what we thought was the objective truth of this real story, as we see her,” he explained.

Instead, we hear the voice of an adult Rhaenyra Targaryen, the daughter of King Viserys Targaryen and his heir, as the narrator in House of the Dragon.

Emma D’Arcy portrays her in the series, while Milly Alcock portrays the younger version of the character. It’s here where you can find all of the dragons in the series.

Rhaenyra and her followers are known as the Blacks during the Dance of the Dragons Civil War after her father’s death.

They oppose the Greens, which are led by Aegon II Targaryen, son of Viserys I as well as Alicent Hightower, and his followers. The narration of Rhaenyra sets the tone for the series, and strongly hinted at the bitterness of the upcoming feud.