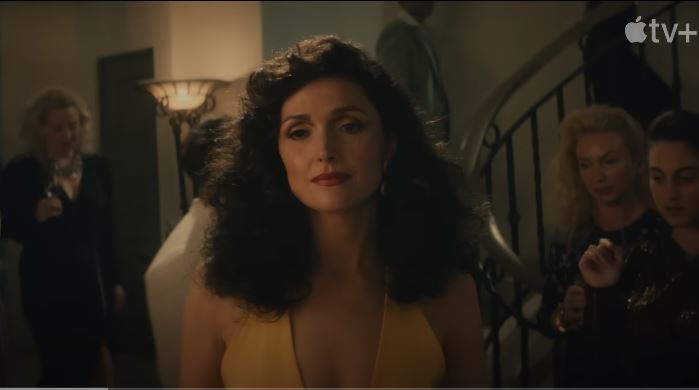 Get everything you need to know about Physical season 3!

Is Physical new on Apple TV+ this week? We know there’s more to Sheila’s story to be told, and the only question is when we’ll get to see it.

For the time being, let’s just say there’s good news and bad news to report. Where do we begin? We suppose it’s best to start with the bad news: there will be no new episodes on the streaming service this week or for the rest of the year. The season 2 finale was last week, which means we have a lot to think about in terms of the future.

If there is some good news to report, it is that the series has been renewed for a third season! The Rose Byrne series will continue to deliver that mix of comedy and drama; who knew aerobics and 1980s fitness could have so much depth?

Here’s what creator Annie Weisman had to say about it in a statement confirmed by Deadline:

“I am overjoyed at the prospect of continuing to tell Sheila’s story in creative collaboration with Rose Byrne as well as the rest of our incredible cast, writers, and crew.” “Rose’s breathtaking, hilarious, and brave performance is the north star on our show’s journey of personal empowerment as well as transformation in 80’s Southern California in all its melody, sun-baked, spandex-clad glory,” said Weisman, the showrunner. “The feedback we’ve received from audiences who are still discovering and feeling seen by Physical is the most profoundly gratifying experience of my career, and I’m so grateful to our team at Apple as well as Tomorrow Studios for trying to make this dream a reality.”

When it comes to a Physical season 3 premiere on the streaming service, we’re hoping for a date in the spring or early summer. However, depending on when production begins, it could take longer. You should never rush a good thing, so we are perfectly content to wait.

When Physical season 3 premieres, what do you want to see?

Are you disappointed that there will be no new episodes tonight? Make sure to share right away and return for more updates.