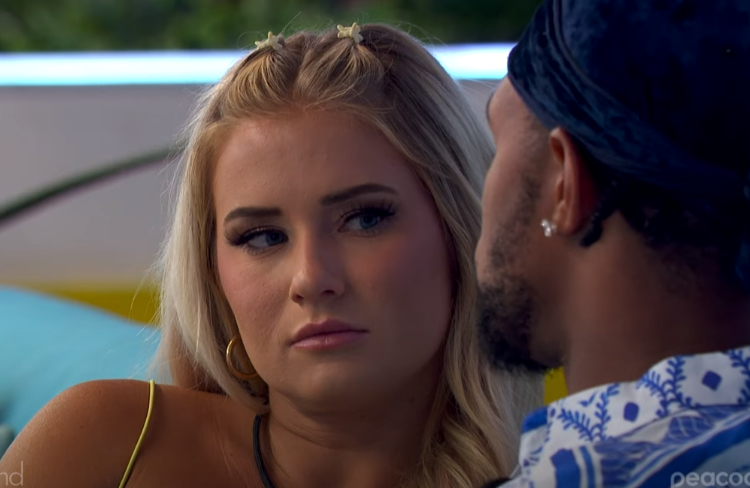 Get everything you need to know about Love Island US Season 4 Episode 37!

The islanders finally got together with their families. But the episode was drenched in grief. Only three couples remain to compete for the top prize after two couples left the villa.

The final islanders will go on a romantic date in Love Island Season 4 Episode 37. There will, however, be a letdown. Will a second couple check out of the villa? Read on to learn more.

Episode 37 of Love Island Season 4: What Will Come Next?

Our three exclusive couples—Zeta & Timmy, Sydney & Isaiah, and Deb & Jesse—will share some tender moments in the ensuing episode. They will leave for their last date.

Zeta and Timmy will undoubtedly spend their time outdoors talking about the future and building a better life for their family. Sydney and Isaiah will go on a fancy dinner date where Isaiah will ask Sydney to marry him again and express his regret for everything she had to go through.

Deb and Jesse will nevertheless continue to harbor some reservations about their union. But as they spend time together, perhaps they will develop a clear vision.

Before the family day, Jeff and Nadjha finally got to enjoy their time in a hideaway in Love Island Season 4 Episode 36. The family of Deb and Jesse came to see them the next day. But this time, the family members participated in a video call with them.

Deb’s brother disclosed that they both struggled with poor communication because they didn’t want to offend one another. After Deb dumped him, Jesse revealed to his sister that he wasn’t feeling well.

However, Zeta and Timmy’s family got along well and enjoyed their interactions. Timmy was the right man for her, according to her mother.

The family of Chad and Phoebe, meanwhile, didn’t say much to either of them. But Phoebe’s father thought Chad was the ideal match for his daughter.

About Casa Amor and the remark Isaiah made back then, Sydney and Isaiah’s family had a conversation. Jeff’s father was a fan of Nadjha.

The islanders got a text later that evening asking them to vote for the unhappiest couple. Chad and Phoebe regrettably left the villa. While everyone was hugging them, Jeff struggled with his anger.

Timmy and Zeta voting for Chad and Phoebe didn’t make him happy. Zeta and he started arguing, but Timmy intervened, and Jeff raised his hand. Nadjha expressed regret for his actions, upsetting Jeff. Following their altercation, Nadjha and Jeff both left the villa.

The release date for Love Island US Season 4 Episode 37!

The 37th episode of Love Island us Season 4 will air on Peacock on August 28, 2022, at 9 p.m. ET. Every day besides Mondays, the brand-new episode airs. The penultimate episode of this season, which airs tonight, will see the show’s eventual winner. But it will soon be revealed. Viewers in the UK can stream it on Now.