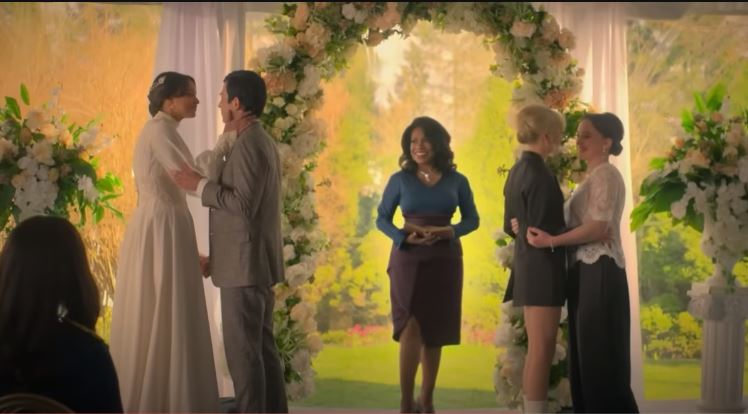 Get everything you need to know about Motherland: Fort Salem Season 3 Episode 8!

The Unit braces for the end together in Motherland: Fort Salem Season 3 Episode 8, “Petra’s Favorite Pen.”

“Petra’s Favorite Pen,” with only three episodes left in the season, is predictably plot-heavy. The episode has three objectives: to reunite Scylla and Raelle, to escalate the tension between witches as well as the government, and to raise the stakes. It’s safe to say that the episode accomplishes all three goals.

Aside from the Raylla reunion, which I will discuss shortly, one of the most significant events is the slaughter of Lupe and the other cadets. In their despair and fear of being outnumbered, and the civilian soldiers kill the witches rather than fighting alongside them.

It’s a terrifying time, and the government has officially declared war on all witches, even those who willingly serve their country.

Lupe’s death comes as a surprise given the season’s focus on her character. My heart yearned for her to survive, to fight alongside Abigail and the others. However, this is a watershed moment for the Unit as well as their final battle with the Camarilla.

The deaths of Lupe and the other cadets are the final straw in the Unit’s complacency with fleeing the fight.

It’s difficult to find the right words to express how I feel about the Raylla reunion. Raelle’s ability to walk into a room and command it without having to do any work is enticing from the start. Despite how limited Raylla’s interactions are, they are incredibly enjoyable.

Raelle embodies the fear as well as determination instilled in Scylla throughout the season. Their separation has lasted far too long, and the series makes the correct decision by not postponing their reunion any longer.

If the situation were different, Raelle’s proposal would feel poorly executed, but it fits perfectly their predicament. Raelle is overwhelmed by the prospect of ever being separated from Scylla again.

The direct parallel between this moment and another earlier in the season, when Raelle is holding Scylla’s hands and imagining their future together, heightens the bittersweetness of the moment.

Amalia Holm and Taylor Hickson have had such magnetic chemistry with one another, and the prospect of it ending in two weeks is depressing. 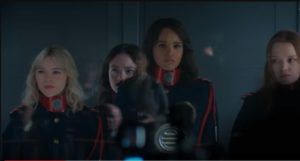 The journey of Alder and Tally to find the remaining pieces of the initial song is purely plot-driven, with very little room for the two to connect. However, it provides one memorable moment in my life.

Tally and Alder have a brief interaction before Tally chooses to give up her gift of sight. Tally frequently mentions seeing what’s right in front of her, causing tension, eye gazes, as well as implications between the two. At that precise moment, she and Alder lock gazes.

I’ll be irritated if it isn’t mentioned or brought up at least once before the end of the season. I’d consider it queerbaiting at that point.

The writers are aware of the Talder-shipping fandom, and playing in our faces without anything arriving from it would not be a good look. Especially since this is the final advertised season.

Alder’s supposed death also adds to our frustration because we all know she isn’t dead. Her sacrificing herself to save the Cumulative total is a noble gesture, but it is unnecessary. Alder and Tally deserved a long journey back to the Unit together, not a weak attempt at separation.

We’ve seen some pretty dark conversations on Motherland: Fort Salem, but I anticipate the final two episodes to be even darker.

The interactions between Nicte and Anacostia required more substance. I’m hoping to see more of them in the final episode.
I need Petra and Abigail to join forces in the finale to create the most powerful storm we’ve ever seen.
It’s about time Petra took action against the civilian oversight personnel intruding on the base. In the penultimate episode, I hope to see Petra continue to put her foot down and fight back.
I’m waiting for Penelope to appear in front of Silver with bated breath.