Only Murders in the Building Season 2: Ending Explained! 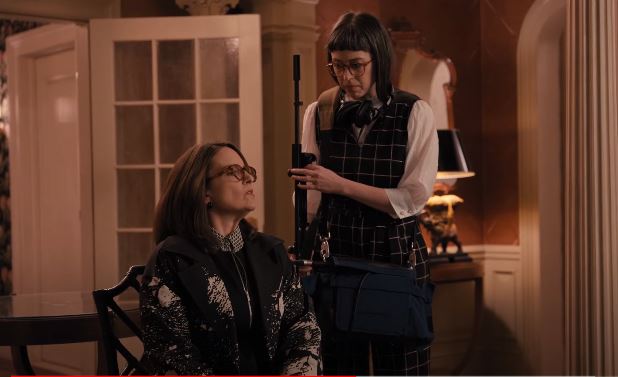 Only Murders in the Building Season 2: Ending Explained!

DISCOVER THE EXPLANATION OF THE END OF SEASON 2 OF ONLY MURDERS IN THE BUILDING! SPOILERS!

On Disney Plus, you can watch only Murders in the Building. Read on if you want to know what happened at the end of Season 2!

ONLY MURDERS IN THE BUILDING SEASON 2 ENDING EXPLAINED!

Becky wasn’t killed, as many people thought at first. It’s Poppy White, who has been Cinda’s producer for a long time.

She ends up telling Cinda about “Becky’s disappearance,” which gives her the idea for a true-crime podcast called “All Is Not OK in Oklahoma” and gets her a job.

With the final episode coming up and Cinda ready to say that “Bloody Mabel” killed Bunny, the three had to think quickly to find a way to get the killer to confess. They were lucky that a group of aspiring actors at the Arconia was there to help.

The group invites Cinda and Poppy to the party and then uses everything they have against Cinda to get her to admit that she planned the murder to help her podcast career and get rid of the competition. But Cinda won’t say that she did… Mabel turns around and says that’s because she didn’t do it.

At the end of Season 2 of Only Murders in the Building, there is a big reveal. Mabel blames Alice, who moved in with them soon after Bunny died. Alice killed Bunny because she thought she wanted the expensive Rose Cooper painting that Bunny owned and Bunny wouldn’t sell it for less than $14 million. Alice did this out of spite to get the painting. In a fit of anger, Alice stabs Charles, who falls to the ground and starts bleeding as the police arrive.

Cinda was surprised by how nice she was to Mabel. She praised her for figuring out who did it, apologized for thinking it was her, and even gave her the chance to start her podcast. Poppy gets mad at her boss because she is tired of being ignored. As she sneezes through a speech about how she deserved to beat Mabel, the truth finally comes out: she was the one who killed.

Cinda didn’t even know she was Becky Butler until she found out she had been used to giving Poppy a fresh start and a new life. Everyone should have a happy ending, right? Well not quite.

Charles, Oliver, and Mabel meet up again a year later on the night of the premiere of Oliver’s show. Ben is the only one on stage when the show starts. He is wearing a trench coat and a hat with a peak.

As soon as he said his first word, he suddenly fell to the floor, coughed up blood, and died on stage. Here is everything you need to know about Ben.

Charles and Oliver run to him, but it’s too late. Mabel realizes that the three of them are back with a new murder to solve after a year of normal life.