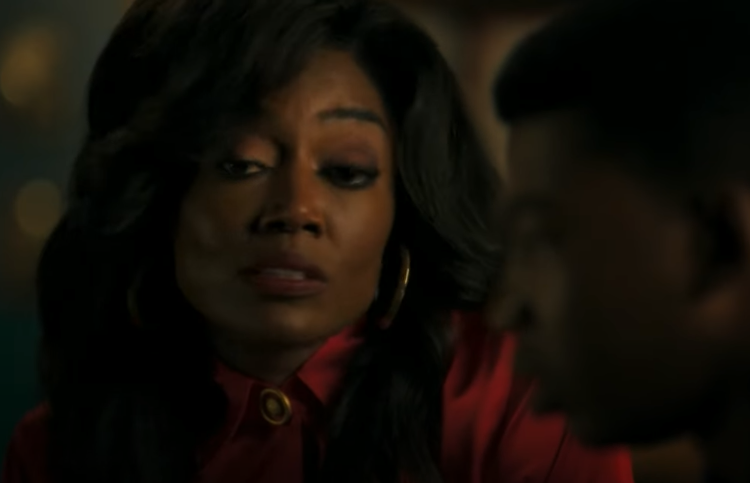 Get everything you need to know about Power Book III: Raising Kanan season 2 episode 3!

Power Book III: Raising Kanan season 2 episode 3 is titled “Sleeping Dogs” and will air next week. Do you want to learn more about it right now?

The first thing to know going into this episode is that things are going to get messy as well as fast this time. This is what happens in a world in which secrets run rampant, and on top of that, Unique is now free.

Kanan’s trust in his mother Raq may be eroding, so where will everyone end up on the metaphorical chessboard? How messed up are things going to get?

Have you read our Power Book III: Raising Kanan season 2 review? If otherwise, be sure to read on for some additional thoughts on the subject. After that, remember to bookmark Misterhb.com for future updates.

We recommend that you read the full Raising Kanan season 2 episode 3 synopsis below for more information about the future:

Kanan is shaken after an unexpected encounter with Howard. Raq attempts to expand into new territory, but when an associate, as well as valuables, are stolen, she is reunited with an old foe. Lou is still butting heads with Crown.

By the end of this episode, we hope to have learned a little bit more about some of these characters’ pasts as well as how they interact with the present.

There is already such a rich world established here, and the producers don’t have to rush to get Kanan anywhere close to where he appeared in the original show. Let us just enjoy the world for what it is right now.

What do you hope to see most from Raq in Power Book III: Raising Kanan season 2 episode 3?

Now, please share some more of your opinions and hopes in the comments! Once you’ve done that, come back for more information that you don’t want to miss.