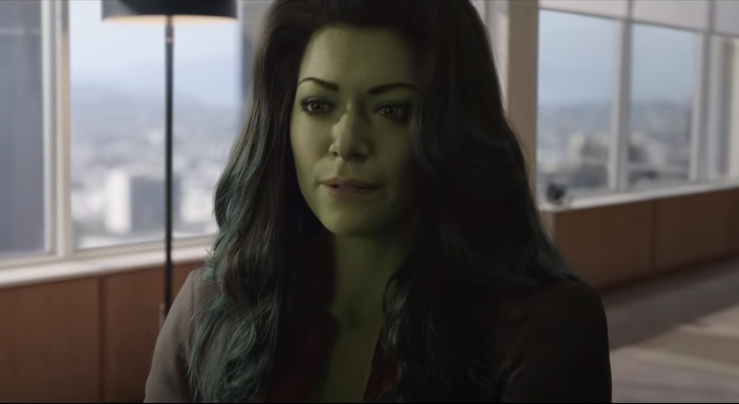 DISCOVER THE SUMMARY AND EXPLANATION OF THE END OF EPISODE 2 OF SHE-HULK ON DISNEY PLUS! SPOILERS!

You can watch She-Hulk on Disney Plus. Read on if you want to know why episode 2 ends the way it does. Doesn’t that last Hulk shot in She-Hulk Episode 2 sound familiar?

In Avengers: Age of Ultron, which took place seven years ago, Bruce Banner left on his own. So, Hulk left Earth and went on a two-year journey. He landed on Sakaar and became a gladiator until he met up with a friend from work.

In She-Hulk, the Hulk’s past came back to him in a very real way. At the beginning of the Disney+ show, a “class 8 courier ship” attacks Bruce, causing a car accident and giving his cousin Jennifer Walters blood by accident.

But while Jennifer stays on Earth to deal with superhero legal issues, Bruce goes into space to…do what? Well, we’ll tell you everything. Here’s why episode 2 of She-Hulk on Disney Plus ended the way it did.

The second episode of She-Hulk was mostly about what happened after the first episode. Jennifer Walters was trying to figure out what had happened since she turned green in front of everyone in the courtroom to arrest Titania. Read this if you want to know everything about when episode 3 will come out.

One of the worst things that happened because of her heroic change was that she lost her job, and as the episode went on, she had a hard time finding a new one. Until GLK&H hired her to work in their new division for superhumans. He was then asked to play Emil Blonsky, also known as “the Abomination.”

Jen’s cousin Bruce Banner was attacked and tried to be killed by Blonsky in the 2008 movie The Incredible Hulk. This is a conflict of interest. Bruce gave him his approval, but Jennifer’s interest in this work was already clear. Until she finds out that Blonsky had gotten out of prison before to join an underground fighting group.

As we’ve already said, at the end of Episode 2 of She-Hulk, Jennifer calls Bruce to tell him that she’s taking Emil Blonsky’s case. Bruce says that’s fine because, after reading Blonsky’s letter and haiku, he put the past behind him.

When Jennifer asks him if he’ll be in Los Angeles soon, we see that Bruce is on the Sakaarian ship from the first episode. He’s flying off into space, presumably to take care of something.

It’s a good way to make sure Bruce doesn’t stay on the show all the time. After that, Jennifer calls Holliway to let her know that she’s going to take the deal.

Holliway tells him to turn on the TV, which is showing the fight between the Abomination and Wong from “Shang-Chi and the Legend of the Ten Rings.” This makes the situation much more complicated. In an after-credits scene from episode 2 of She-Hulk, Jennifer is seen helping her father with all kinds of housework.

But there are rumors that Disney may soon get the rights to make a movie about Hulk. Universal and Paramount Pictures first made a deal that would last for 15 years. In June 2023, it will have been about 15 years since The Incredible Hulk first came out.

Now, as for where the Hulk goes, it seems to be the planet Sakaar, where he lived for two years and met Caiera, according to the comics.

From there, Skaar would be born, and all the ship wanted to do was tell the Hulk that he was going to be a dad. This has been pretty much confirmed by the show’s producer. All of this is explained in detail here.