Tales of the Walking Dead season 1 episode 4: A story of nature! 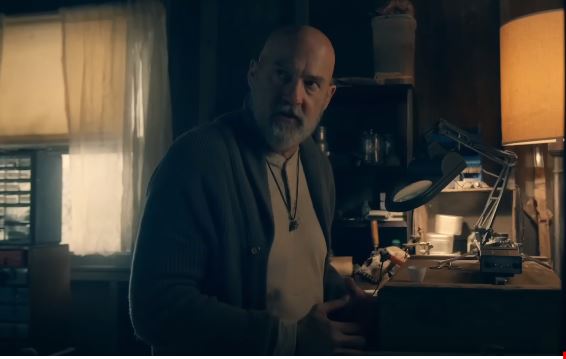 Tales of the Walking Dead season 1 episode 4: A story of nature!

Get everything you need to know about Tales of the Walking Dead season 1 episode 4!

So where do we start with Tales of the Walking Dead season 1 episode 4 the week after? We believe that the best spot is noting that, strangely, a nature documentary could be a big part of the story.

Hey, the whole point of this show is to inform some interesting, experimental stories that aren’t like anything else we’ve seen before. For the time being, it appears that this episode will meet all of your expectations and then some. Hopefully, it will provide us with a fresh perspective on things.

Read the full Tales of the Walking Dead season 1 episode 4 synopsis below for more information on what’s to come:

In a nature documentary set in the “dead sector,” a naturalist studying walkers meets a spirited settler; an unlikely friendship develops between the two as the settler attempts to argue in favor of people reclaiming the land from the dead.

The idea of anyone studying the walkers makes perfect sense, given that recognizing their behavior could be critical to long-term survival. Of course, we’re sure more people are attempting to find a cure than we’ve seen in this universe.

We don’t think we’ll ever see a said cure in this franchise, but people may be experimenting with it. In general, the goal of Tales of the Walking Dead is to provide as many different perspectives as possible; let’s hope for some fun here! We’re excited to see how things play out.

Remember, there will be even more exciting things to look forward to after this; plan accordingly.

What do you want to see the most on Tales of the Walking Dead season 1 episode 4?

Please share your thoughts in the comments section right now! After that, return for any other updates you don’t want to miss.