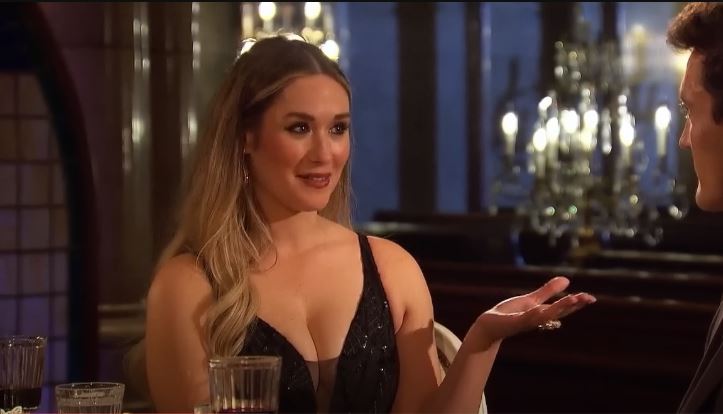 Get everything you need to know about The Bachelorette episode 6!

The Bachelorette episode 6 will air on ABC next week, and we will (hopefully) get to see more romance! Gabby and Rachel have already been through the more dramatic parts of the season, and we’re hoping that we’re now at a point where a few of the more serious contenders remain.

With this in mind, what can we expect to see? Tonight, we didn’t just get a trailer for episode 6, but we also got a look just at the rest of the season!

We’ll admit that before watching the above, the Rachel side of things felt rather predictable. For the time being, it was difficult to imagine many scenarios in which she did not choose Tino because he cares for her and there is a lot of momentum between the two of them. However, the trailer suggests that some of that momentum could be coming to an end. Is he ready to spend the rest of the season with her?

We’re not going to say that this trailer assures a breakup; instead, it could be producers doing their best to keep us all guessing because we all DID feel like Tino had it in the bad.

Gabby, on the other hand, appears to be in for a lot of her drama, in addition to Rachels. There will be many difficult decisions to make, and the behavior of some of the men may cause the two of them to question everything.

Of course, we’d like to see a successful engagement or 2 at the end of it all, but we’ve seen this before with Bachelor Nation. As a result, we’ve become a little jaded.

What do you most want to see in The Bachelorette episode 6?

Please share your thoughts in the attached comments! Once you’ve done that, keep checking back for more information.