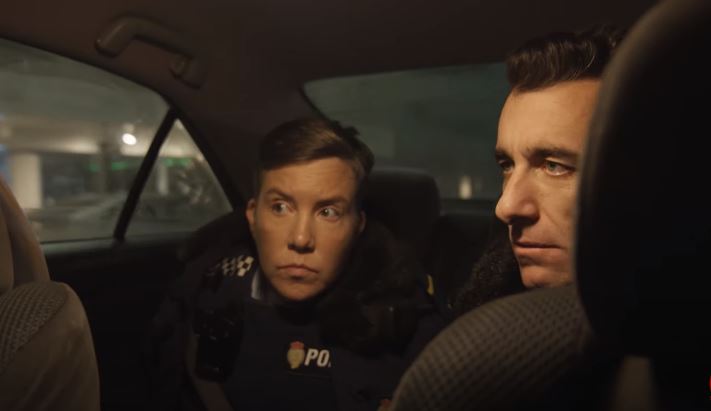 Get Everything you need to know about Wellington Paranormal Season 4 Episode 3!

“The Coolening,” the third episode of Wellington Paranormal Season 4, knocks an otherwise ridiculous premise out of the park, aided by hilarious performances.

Certain plots would fall flat in the hands of a lesser show. Wellington Paranormal is not one of the shows mentioned. It thrives on its silliness but never takes itself too honestly, even when its protagonists are perilously close to death.

MINOGUE: I was voted “Most Likely to Become a Police Officer” because I was so uncool. When I say “voted,” I mean that the other students would yell it at me as I walked to class.

This show makes fun of itself, satirizes law enforcement, as well as presents itself as a comedy first and foremost. All of the supernatural things are secondary, as evidenced by “The Coolening.”

“The Coolening” could become one of the most memorable Wellington paranormal outings. There are numerous one-liners and witticisms that will keep fans coming back for more. Highlights include when Minogue and O’Leary attempt to apprehend each other for being too rambunctious as well as rebellious while wearing the “cool” jacket.

The actors have a great time with the material (clothing or otherwise) and let their hair down by portraying the polar opposite of their characters’ normal personalities. “Cool,” O’Leary had this reviewer in stitches, demonstrating Karen O’Leary’s comedic versatility. She’s more than Minogue’s stiff counterpoint to her bumbling, occasionally loose cannon.

O’LEARY: He’s now breakdancing on the awning of the police station. That is a skill he has shown no aptitude for in the past.

Other highlights include Minogue versus the Hammer pants (complete with the brilliant “we can’t touch them” joke) and O’Leary versus the jacket. 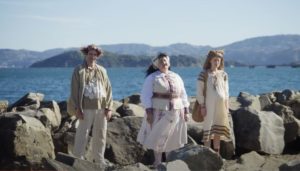 The physical comedy goes into overdrive here, and it’s hilarious. If you told someone outside the fandom the premise of “The Coolening,” they might not believe it.

We’re used to O’Leary and Minogue’s lighthearted bickering, but we rarely see them as antagonistic toward one another as they are in this episode. It’s interesting to see another side of their relationship, even if it was influenced by a paranormal item of clothing.

MAAKA: I feel like such a confident bad boy in this jacket. So soft on my skin — it’s as if I’ve been sculpted in pavlova.

Overall, “The Coolening” is ridiculous, fun, and zany, with plenty of the show’s trademark wit. This episode of Wellington Paranormal receives four “cool” jackets, with possibly a pair of MC Hammer pants thrown in for good measure. We’ll skip the death-defying breakdance competition. 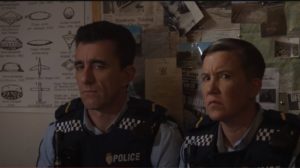 What did you think of the latest Wellington Paranormal episode? Leave your thoughts in the comments section below!