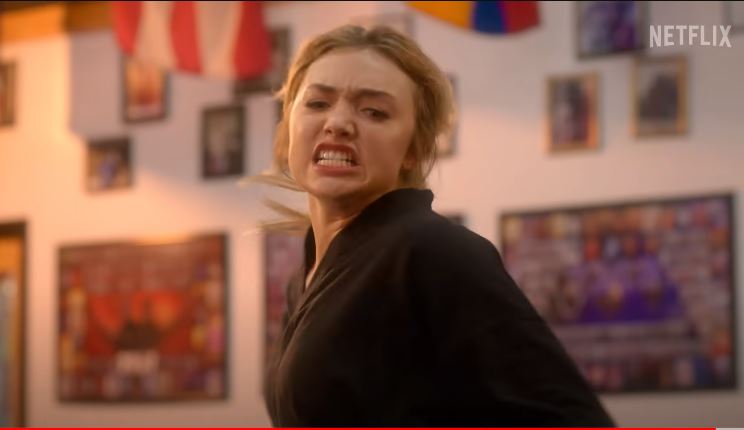 GET ALL THE DETAILS ABOUT COBRA KAI SEASON 6 ON NETFLIX! RENEWAL, RELEASE DATE!

Cobra Kai is now on Netflix! Read on to learn everything there is to know about the Season 6 premiere!

The Karate Kid series has been enormously successful since its transition from YouTube Premium to Netflix in 2020, resulting in season renewals long before the premiere of a new season. However, with the stakes higher than ever, this could be the start of the end for the beloved series.

Throughout the episodes, there have been numerous collaborations and rivalries, and the stakes continue to rise with no signs of abating.

Given the length of time the series has been on the air, it stands to reason that the creators of Cobra Kai would find a way to wrap up the story in a reasonable time frame so that it does not drag on indefinitely. Read this to find out why Season 5 ended the way it did.

While the exact number of additional seasons is unknown, co-creator Jon Hurwitz stated that “we’ve always considered there to be at least six in our head.”

Ralph Macchio recently confirmed that they have filmed scenes for a possible season 6, implying that renewal is on the way. We tell you everything you need to know about the Netflix release of Cobra Kai Season 6!

WHAT IS THE NETFLIX RELEASE DATE FOR SEASON 6 OF COBRA KAI?

On September 9, 2022, the fifth season was released in its entirety. There have been no renewal announcements regarding the release of Cobra Kai Season 6 on Netflix as of yet.

However, as previously stated, the announcement should be made soon because the first scenes have already been shot. This means the adventure should continue.

Hopefully, Season 5 will be well received by fans, and many will tune in to ensure that this footage is shown in Season 6. In the event of a renewal, the Season 6 release date of Cobra Kai on Netflix should be set for the end of 2023!

Kreese will most likely find students to compete in the international karate tournament in a future season 6 of Cobra Kai.

He might even get some assistance from Kim Da-Eun, who, according to the flashback scenes, was closer to him than Silver was when they were all younger.