El Rey Vicente Fernandez: Is it inspired by a true story? 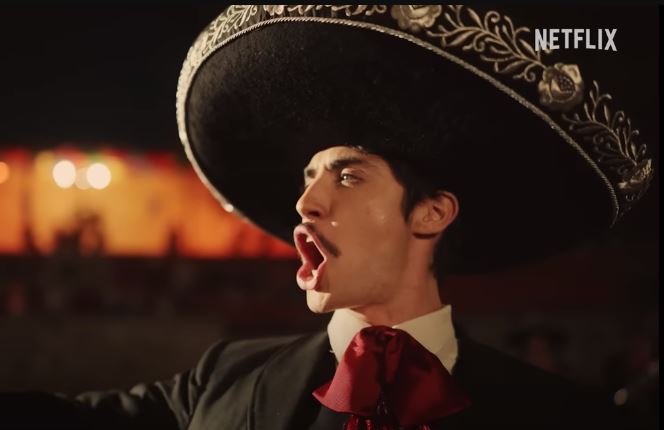 El Rey Vicente Fernandez: Is it inspired by a true story?

CHECK TO SEE IF EL REY VICENTE FERNANDEZ IS ACCURATE!

You can watch El Rey Vicente Fernandez on Netflix! Continue reading to find out if the series is based on a true story.

In this Netflix TV series, the musical life story of the Mexican singer Chente is brought to life.

Netflix takes us on the journey of the Mexican musical and cultural giant as it tells the tale of the legendary musician who went by many monikers and was also referred to as “King of the Ranchera” in Latin America.

We follow him from his early years as a young boy who didn’t require a special occasion to get in the mood by singing a tune to his adult years when he performs in theaters and arenas. huge.

The iconic song with the same name served as the inspiration for the series name as well. The Grammy Award-winning musician’s life is about to be played out in front of our very eyes. So, is the story behind El Rey Vicente Fernandez based on a true event? Everything is disclosed to you!

IS EL REY VICENTE FERNANDEZ RELEASED ON THE BASE OF A REAL EVENT?

Yes, El Rey, Vicente Fernández is based on a real-life event. Vicente Fernández Gómez, aka Vicente Fernández, a legendary Mexican singer whose name has come to be associated with Ranchera Music, a style of traditional Mexican music, is the subject of the television series. The complete list of Netflix releases is available here.

Vicente’s mother stayed at home, and his father ranched. He frequently went to the movies with his mother when they were kids.

Vicente’s love for the entertainment business was sparked in this manner. When he was eight years old, he was given a guitar, which fueled his love of music even more.

He started to become as knowledgeable as he could about this instrument and became well-versed in Mexican folk music. Read this to learn where the show was filmed.

Vicente began performing in public at weddings, eateries, and other events when he was 14 years old. Then, while Vicente was in Jalisco, he took part in a radio program called Amanecer Tapato.

He was able to become well-known locally and begin a musical career thanks to the show. Vicente, however, made his television debut at the age of 21 in the show La Calandria Musical, which served as his very first paid performance.

Vicente relocated to Mexico City in 1965 to revitalize his musical career. But because Javier Sols is so well-liked, few people are willing to wager on Vicente.

Javier succumbed shortly after due to complications from his gallbladder operation. Vicente starts recording his albums while the public is mourning favier. The singer never looked back after selecting CBS México as his debut label.

Vicente’s life’s highs and lows, as well as his positive and negative traits, are depicted in the show with great care. It is impossible to express the singer’s influence on the Mexican music scene in words, and his passing has left many in sorrow.