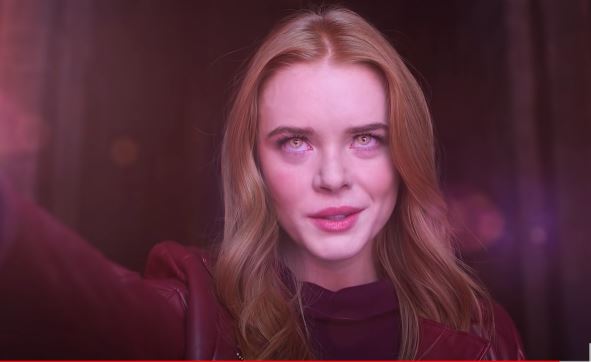 Fate: The Winx Saga Season 2: What release date and time?

DISCOVER EVERYTHING ABOUT FATE: THE WINX SAGA SEASON 2 ON NETFLIX! DATE AND TIME OF RELEASE!

You can watch Fate: The Winx Saga on Netflix! Continue reading to learn the release date for Season 2!

Look no further if you’re looking for a new Netflix magical series. Based on the animated children’s series Winx Club, Fate: The Winx Saga’s second season will premiere this fall, according to the broadcaster.

Fate second season While bringing back our favorite characters Bloom, Stella, Aisha, Terra, and Musa, who will continue to attend the magical boarding school Alfea, The Saga Winx will also introduce new characters, such as the fairy Flora, played by Paulina Chávez.

Where, in addition to everything else that comes with growing up, such as young love, small-minded rivalries, and… monsters, they will also have to learn magic. Read this to learn everything about the actors, including how to follow them.

It will be up to Bloom and her friends to figure out what’s going on and what evil forces they’ll have to contend with this season as new threats will befall our favorite fairies and when some of them start to disappear.

We fill you in on every detail regarding the arrival of Fate: The Winx Saga Season 2 on Netflix!

WHAT DATE AND TIME WILL SEASON 2 OF FATE THE WINX SAGA BE AVAILABLE ON NETFLIX?

There is no longer much of a wait! The second season of Fate: The Winx Saga will be available on Netflix on September 16, 2022.

The second season of Fate: The Winx Saga will be available on Netflix at 9:00 a.m. for the impatient!

WHAT CAN WE AIM FOR IN THE MOVIE?

Alfea Middle School is under a cloud as Headmistress Rosalind assumes control after killing Farah, her predecessor.

Silva has been detained in the meantime for attempting to kill Andreas, who is still alive and well despite having survived the Battle of Aster Dell, where he was thought to have perished 16 years prior.

Sky, who also thought his father was dead up until a few minutes before the first season ended, is going to have a lot of problems as a result of Andreas’ return. Annoying.

Now that the faculty and students are on board, Rosalind has the upper hand. But you needn’t be a member of the writing staff to understand that Season 2 will probably feature something akin to Alfea from Dumbledore’s army making up for some serious wrongs.

Rosalind claims that the war that is coming is nothing compared to what the Scorched are compared to. But exactly what will be included? And who will win in the end?