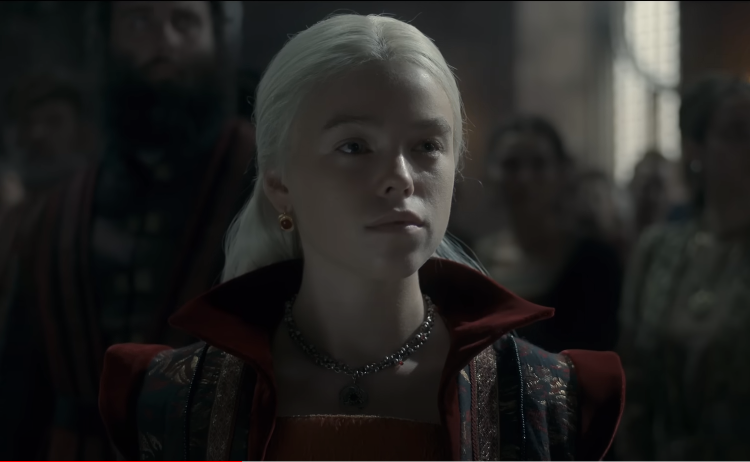 House of the Dragon Episode 3: What does the White Stag mean?

DISCOVER THE SUMMARY AND EXPLANATION OF THE END OF HOUSE OF THE DRAGON EPISODE 3 ON OCS! SPOILERS!

House of the Dragon is now on OCS! Continue reading for a summary as well as an explanation of the ending of Episode 3!

The triumphant ending of House of the Dragon episode 3 begins the battles of the heirs while concluding the battles in the Stone Steps.

As King Viserys’ choice of heir is called into question, he must ignore his dragon dream in which his son wears Aegon the Conqueror’s crown while reaffirming that Rhaenyra is the true heir to the Iron Throne.

She must, however, marry to ensure her succession. Read this to find out why Laenor rides a dragon.

Daemon Targaryen, the King’s brother, has finally found his victory, albeit outside of King’s Landing, as House Targaryen continues to crumble from within.

Here is a summary and explanation of the ending of House of the Dragon episode 3. 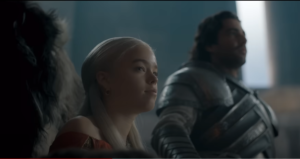 HOUSE OF THE DRAGON EPISODE 3 SUMMARY!

The time jump in House of the Dragon Episode 3 begins roughly three years after Episode 2, with conflict centered on the second-day hunt for Prince Aegon Targaryen.

It is revealed that Rhaenyra has grown estranged from both her father and Alice Hightower since their marriage and that she interprets Viserys’ insistence on her marriage as a means of replacing her as heiress. Read this to learn more about the Targaryen family tree.

Viserys becomes increasingly inebriated as the Lords attempt to discuss politics, with the cunning Otto Hightower pursuing Aegon’s claim to the throne.

Viserys kills a giant stag as the hunt comes to an end, while the true royal prize, the legendary White Stag, approaches Rhaenyra and Criston Cole in the woods.

Meanwhile, Alicent Hightower persuades Viserys to send assistance to Daemon in the Stone Steps. Read on to find out what the white deer means. 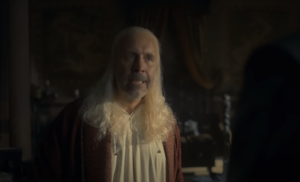 EXPLAINED THE ENDING OF HOUSE OF THE DRAGON EPISODE 3!

The final battle in the War for the Steps of Stone is depicted in the ending of House of the Dragon Episode 3.

Angry at his brother for finally sending him aid in the war Daemon has been fighting for three years without success, the character rushes to attack the Crab Feeder and his army on his own. Read on for the complete Velaryon family tree.

Corlys Velaryon quickly arrives with the army, while Laenor Velaryon flies over the dragon Seasmoke, allowing Daemon to slay the Crab-Giver with his Dark Sister sword. Coryls Velaryon and his wife Rhaenys Targaryen have a son named Laenor Velaryon.

Laenor is said to be the best political party in Rhaenyra this week. Laenor, the adolescent, has also joined Corlys and Daemon on the front lines of their battle against the Crab Feeder.

Seasmoke is described as a young dragon in Fire & Blood, which means he’s smaller but more agile than some of the other dragons we’ll meet.

There is no greater rage in Hell than a Targaryen who has spent three years fighting a losing war and receives a crow from his big brother saying, “It’s okay, little brother.

I will assist you in avoiding failure. Or, at the very least, Daemon is furious at the end of House of the Dragon Episode 3.

The Crab Feeder retreats to his cave when Seasmoke arrives and the battle turns. Daemon boldly pursues the ailing Graycap Warchief.

Daemon emerges bloodied and victorious, carrying the severed upper part of the Crab Feeder’s body. With his Valyrian steel sword Dark Sister, he slashed the man in half.

Daemon Targaryen doesn’t seem afraid to touch the Crabguzzler’s corpse, lending credence to the legend that Targaryens don’t get sick as easily or as frequently as regular Westerosi.

But try telling Viserys and his injuries that. Read on to learn everything there is to know about the release of Episode 4.

Daemon receives the crown and power he sought after winning the Stage Wars at the end of House of the Dragon Episode 3.

He’s now proven himself to Viserys, but because Daemon is Daemon, this victory will not suffice.