House of the Dragon Episode 4: Did Rhaenyra & Daemon Sleep Together? 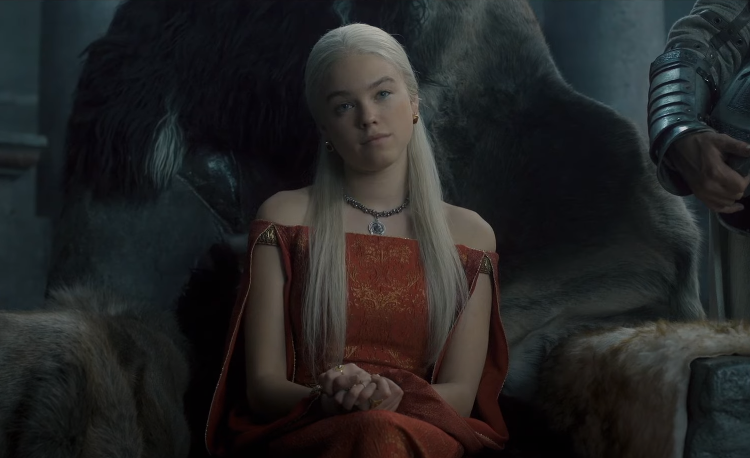 House of the Dragon Episode 4: Did Rhaenyra & Daemon Sleep Together?

CHECK OUT HOUSE OF THE DRAGON, SEASON 4, EPISODE 4, TO SEE IF RHAENYRA AND DAEMON TARGARYEN SLEPT TOGETHER!

OCS has House of the Dragon for streaming! Continue reading to find out if Rhaenyra and Daemon shared a bed!

In House of the Dragon, Episode 4, King Viserys banishes Daemon Targaryen once more, leaving him with few options for influence and allies in King’s Landing. Read this to learn all there is to know about the release of episode 5.

The Rebel Prince rarely stays in the Red Keep for an extended period, and upon his triumphant return, the King’s brother was swiftly sent into exile once more.

Daemon seals his fate by seducing Rhaenyra and teaching her the pleasure arts, taking advantage of his niece’s interest in him.

In Flea Bottom’s brothel, Daemon woos Rhaenyra in Episode 4 of House of the Dragon. Even though he abruptly left her before they had a sexual encounter, the prince won’t admit to having slept with Rhaenyra.

Daemon suggests that Viserys marry Princess Rhaenyra to him when Viserys confronts him about the rumors, but the king rejects and sends his brother away in its place.

Did Daemon have a sexual relationship with Rhaenyra despite all the characters’ lies, though? Everything is disclosed to you!

IS DAEMON SLEEPING WITH RHAENYRA?

Rhaenyra gets a message in the middle of the night telling her to meet outside the Red Keep.

She meets Daemon there while posing as a page, and the two sneak off to King’s Landing where a festival resembling the Renaissance is taking place. Rhaenyra then goes to a brothel with Daemon. Read this to learn more about the Targaryen family tree.

Men and women engage in the most taboo behaviors in the most private setting. Daemon kisses Rhaenyra in this picture.

Daemon leads Rhaenyra to a wall and turns her around while she is still wearing her pants as they start to undress one another.

Rhaenyra, on the other hand, turns and runs after Daemon, who starts to find the situation uncomfortable and storms off.

Alicent’s copulation with the king is cut into the scene out of self-interest and courtesy.

Rhaenyra and Daemon appear to be in love as they kiss, indicating that neither of them wants to do what is required of them to support the crown.

Both of them desire what they desire. Rhaenyra returns to the Red Keep after Daemon has left, where she seduces Cole, her royal guard, and finishes the Night Quest. Read this to learn the full justification for episode 4’s ending.

In actuality, Daemon wanted to be photographed with Rhaenyra in that brothel so that it would be reported and they could eventually take the throne.

We see that if the circumstances hadn’t disturbed Daemon, Rhaenyra might have slept with him. Read this to learn everything there is to know about tea.

Before they start having an intimate conversation, we see Daemon leave.

But as we would later see, Rhaenyra became open to this kind of pleasure and eventually fell in love with Cole. As a result, Rhaenyra lost her virginity, but with Cole rather than Daemon.