House of the Dragon Episode 5: Is Viserys Dead? 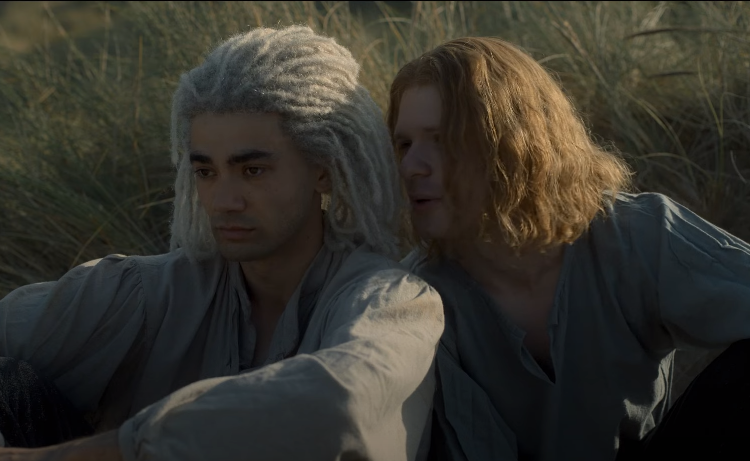 House of the Dragon Episode 5: Is Viserys Dead?

AT THE END OF HOUSE OF THE DRAGON EPISODE 5, FIND OUT IF VISERYS IS DEAD! SPOILERS!

House of the Dragon is now on OCS! Continue reading to find out if Viserys is still alive! “The king will perish.” War will erupt if Rhaenyra succeeds him. Do you get it? And she will have to put your children to the sword to ensure her right.

Prepare to be ruled by Aegon, or attach yourself to Rhaenyra and beg her mercy. In “We Light the Way,” the fifth episode of House of the Dragon, Otto Hightower, who has been stripped of his Main status, keeps up with Westerosi politics, and his warnings to his daughter, the Queen, influence Alicent’s decision.

The royal vomit bucket was on hand, as was the brand new Hand of King Lord Lyonel, who gave Viserys his handkerchief.

He wasn’t simply seasick. King Viserys deteriorated into a muddle of congestion, gray pallor, and irritability.

The leeches can’t fix what he has, but he forced himself to make the journey to fix the mess at Rhaenyra’s wedding before he died or disintegrated.

Along with King Viserys’ return to the Red Keep comes his physical collapse, which Alicent witnesses from a high window and may have influenced his decision to go on the offensive. Potions, poultices, and parasitic worms will not restore his vitality or his fingers.

Ser Criston is still in shock after King Viserys coughs up blood at the feast. This is enough to hasten the marriage process, and instead of waiting seven days, Rhaenyra and Laenor are married privately that evening amidst the ruins of the feast.

By exchanging vows, the princess appears to have realized that marriage can never be purely political. And King Viserys crumbles once more as the rats feast on Joffrey’s blood pools. But, at the end of episode 5, is Viserys dead? Everything is revealed!

IS VISERYS DEAD AT THE END OF HOUSE OF THE DRAGON EPISODE 5?

Another unexpected twist at Rhaenyra and Laenor’s wedding occurs during the ceremony when King Viserys I Targaryen collapses shortly after the vows are exchanged. Read this for an explanation of the end of Episode 5 as a whole.

Viserys’ aggressive illness had already been highlighted in Episode 5 of House of the Dragon by his terrible seasickness, frequent coughing, collapse upon arrival in King’s Landing, and sudden nosebleed.

This final meltdown was not unexpected during the fight between Criston and Joffrey. The meaning of Alicent’s green dress can be found here.

Although Episode 5 did not reveal whether or not Viserys died during the second malaise, the book Fire and Blood confirms that King Viserys is still alive.

Viserys’ illness has advanced quickly throughout House of the Dragon Season 1, but his death will not occur until after the 10-year time jump next week.