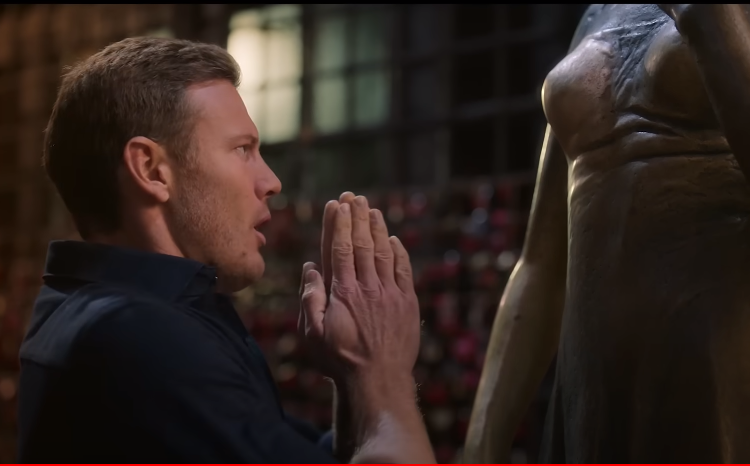 DISCOVER THE EXPLANATION OF THE END OF LOVE IN THE VILLA! SPOILERS!

Love in the Villa is now on Netflix! Continue reading for an explanation of the ending! The romantic Netflix movie Love in the Villa, directed by Mark Steven Johnson, revolves around Julie Hutton as well as Charlie Fletcher, who are forced to share a villa upon their arrival in the Italian city of Verona.

Before Julie arrives in town, her boyfriend Brandon informs her that he needs to take a break from their relationship, which leads her to consider him an ex-partner.

Similarly, Charlie and his girlfriend Cassie take a break from their relationship while Charlie is in Verona. Read on to find out where the movie was shot.

Tom Hopper as the outspoken Charlie as well as Kat Graham as the neurotic but romantic Julie make an unlikely but wildly seductive pairing.

They end up in a villa in Verona and, in typical romantic comedy fashion, do everything they can to force the other out. Read this to find out if the movie is based on a true story.

EXPLAINED THE ENDING OF LOVE IN THE VILLA!

Brandon decides to ask Julie the question as he walks her home. Back at the restaurant, Charlie breaks up with Cassie and pursues Julie.

Charlie stands back and watches as Brandon places the engagement ring on Julie’s ring finger. He sighs and walks away. If Charlie had stayed another minute, he would have seen Julie return the ring to Brandon and turn down his marriage proposal.

Brandon meets Cassie the next day, and they talk about how their partners broke up with them. They realize they have a connection as they talk and decide to have a drink. Read on to find out if Love in the Villa 2 will be released.

When the waitress approaches and asks what they want to drink, Brandon orders prosecco, which Cassie dislikes.

Cassie’s face shows that she dislikes that type of white wine, but when she sees Brandon grinning from ear to ear, she corrects his expression and smiles back at him. So maybe they’ll get together after Cassie tells Brandon about her dislike of prosecco.

For their part, Julie realizes at the end of Love in the Villa, as she is about to get into her uber to leave the romantic villa, that she has forgotten her jacket. Julie returns to the villa, grabs her jacket, and prepares to leave when she notices Charlie reciting Romeo and Juliet outside.

She goes out onto the balcony to hear him. Julie walks away from the balcony once Charlie has finished. Charlie begins to walk away, believing Julie no longer wants anything to do with him. Julie, on the other hand, opens the villa door and walks out.

Charlie informs Julie that he has ended his relationship with Cassie and is now in love with someone else. He continues by saying that he believes in fate and that he chooses her. But they may not be able to be together because she is “engaged.”

Julie shows Charlie her unringed ring finger, and they finally kiss and make their relationship official.