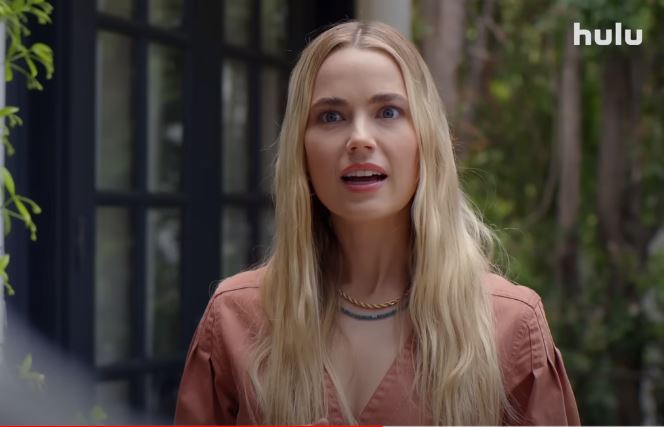 LEARN THE EXPLANATION FOR THE END OF SEASON 1 OF MAGGIE! SPOILERS!

Maggie is now available through Disney Plus! Continue reading for an explanation of Maggie’s Season 1 ending!

Maggie, a natural medium who can see the future, is central to the series. Because of her abilities, she cannot form romantic relationships with anyone because she can always see the end of the relationship.

This changes when she meets Ben, with whom she sees herself in the long run. But when another vision appears, this time of a different woman, Jessie, it alters the young psychic’s perception of the relationship, and she ends up breaking up with Ben.

In the finale, the entire season brought her back to Ben, revealing another vision that would change the way she saw the future up until that point… Here’s why Maggie’s Season 1 on Disney Plus ended so abruptly!

Maggie discovers at the end of Season 1 that her loss of powers could be due to her mind suppressing something very bad that is about to happen. Something she shouldn’t have known ahead of time.

In retrospect, we can see why Maggie had a psychic block during Amy’s bachelorette party. Maggie felt guilty as soon as Ben and Jessie appeared outside her house.

Maggie couldn’t get the guilt out of her head, no matter how hard she tried. Amy’s bachelorette party approached, and her anxiety grew. However, once the secret is revealed, the heaviness in his heart dissipates.

When she learns that Ben and Jessie are engaged, the guilt she feels for being responsible for their breakup fades.

She no longer has any secrets to keep and is no longer plagued by guilt. Her psychic block then vanishes, and she regains her sight.

Maggie’s Season 1 ends with everything seemingly settled peacefully, but a new storm is brewing for Maggie through a new vision. She appears to him at Amy and Dave’s wedding reception when she is alone and Ben comes over to see her.

He hands her the coin he found in an antique shop and tells her he no longer needs it. It demonstrates that Ben has made up his mind about Jessie and no longer needs to leave anything to chance.

Maggie has another vision in which she sees Ben on her wedding day as soon as she touches the room.

Previously, she saw Jessie as her bride, but now she sees herself as well. Jessie takes her place, and vice versa. So, what does Maggie’s most recent vision mean?

Perhaps what she saw was thought rather than a vision. Ben had thought. Perhaps he hasn’t made up his mind yet. He could still be thinking about Maggie, which is what she saw.

Another possibility is that Maggie’s abilities have not fully recovered. Instead of seeing a clear future, she sees its possibilities. She sees two things, one of which is predestined to occur, but she is unsure which one.

It’s also possible that her vision was telling her to give up something she thought was essential to her abilities.

Perhaps she’s telling him that the future is changing. In any case, we’ll never know because Maggie was canceled after only one season. Make your decision about the vision’s meaning right now!

The Rings of Power Episode 7: What release date and time?