Santo Season 1: Is it based on a true story? 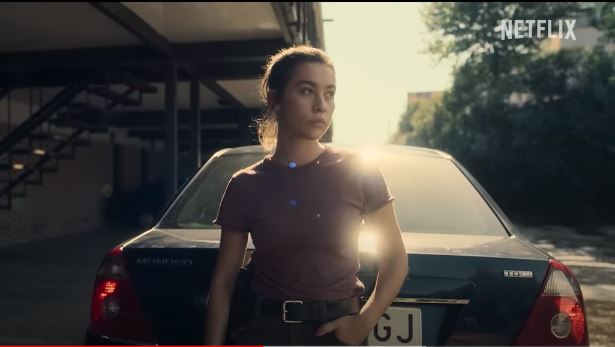 Santo Season 1: Is it based on a true story?

DECIDE IF SANTO IS INSPIRED BY REAL-LIFE EVENTS ON NETFLIX!

Santo can now be found on Netflix! Continue reading to find out if it is based on a true story!

As if a thriller involving drugs as well as human trafficking wasn’t enough, there’s also a satanic twist.

Santo, the crime boss, performs rituals in which the children are found in pieces. In the first episode, we learn that all of the child’s body parts are present. Everything except the brain!

And, yes, Episode 1 ends on a cliffhanger, so be prepared to keep watching. This crime thriller is enhanced by the superstition of human sacrifice in satanic rituals.

However, due to its brutality, it will not be suitable for everyone. There is a lot of very direct imagery in this Spanish-Brazilian production, so be prepared for that. If you’re curious about Santo’s inspiration, we’ll tell you everything!

SANTO IS HE INSPIRED BY A TRUE STORY?

Santo, on the other hand, is not based on a true story. Santo, his existence, and his mysterious activities were all created by creator Carlos López.

López, on the other hand, drew inspiration from reality to create the characters, their emotional underpinnings, and the plots, transforming them into larger-than-life beings.

The series’ bridge between fiction and reality is the exploration of evil, which is an important part of the story of human existence. Read this to learn everything there is to know about the release of Season 2.

Santo, according to López, explores the fear of “the invisible,” because every human being begins life terrified of the dark.

His occult practices and supernatural activities compel the two investigators to enter the darkness and overcome their apprehension about it.

As Amorim mentioned, the series feels more realistic because it deals with the occult that exists within all humans.

Exploring religious practices and culture is another way in which López’s series approaches reality.

The creator revealed in a September 2022 interview that “immersing himself” in Brazil’s complex religious reality was crucial in shaping the series’ narrative.

The presence and participation of a religious advisor in the show’s preliminary writing and post-production processes aided the creator in grounding the fictional show in Bahia’s reality.

Santo has a long history as well. Wherever Santo, the drug lord, performs human sacrifices, he writes “XWETANU” in blood.

This term refers to the annual customs of Dahomey, which is located in present-day Benin, West Africa. Santo revolves around a drug lord, but it is not your typical detective series about a drug lord.

Rather than portraying the life of another fictional or real criminal, López examines the villainy that exists in humans through Santo.