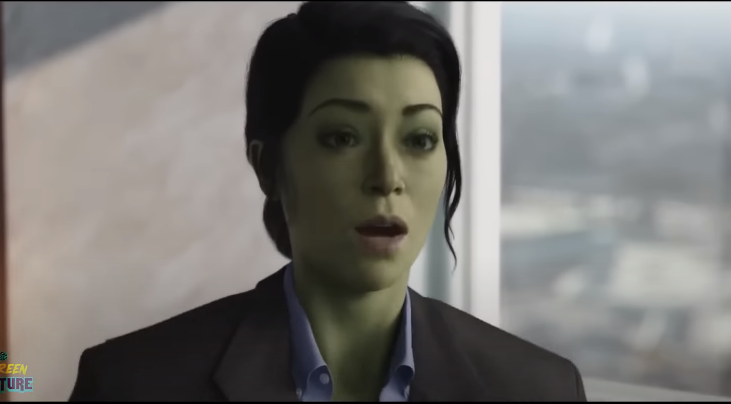 DISCOVER THE SUMMARY AND EXPLANATION OF THE END OF SHE-HULK EPISODE 4 ON DISNEY PLUS! SPOILERS!

She-Hulk is available on Disney Plus! Continue reading for an explanation of the ending of Episode 4!

She-Hulk, like a sitcom, continues to show the mundane issues that being a giant green Hulk can have on a woman, with some real issues brought on by patriarchy mentioned in passing.

Jenn feels there is no point in going to the police after being attacked by the Wrecking Crew in the previous episode, which is a dilemma that many women who have been attacked have faced. Read on to find out how many episodes Season 1 will have.

However, the main topic of this episode is dating, as Jenn attempts to create a dating profile and discovers that posting pictures of herself as the Hulk makes it much easier to match people.

Except for the Hulk, this situation looks like something out of a modern sitcom, and it’s a lot of fun to watch. If you have any questions, here is an explanation of the ending of She-Hulk episode 4!

One of the men She-Hulk meets claims to be a director whose film about a lawyer premiered at Sundance.

And because he ends up in the same club as the other losers, it’s Marvel’s way of mocking Sundance films because they won’t be as popular as Marvel films and shows.

When the going gets tough at the end of She-Hulk episode 4, Wong pulls Jennifer out of her romantic evening with Arthur, and the two team up to take on the demonic creatures. Jennifer coerces Donny and his partner into signing the severance agreement.

Wong then drops her off at Arthur, who is reading Roxane Gay’s “Bad Feminist.” However, after seeing Jennifer in her human form the next day, Arthur practically flees the house.

Titania (Jameela Jamil) is also suing Jennifer for using the She-Hulk name, which she trademarked.

Madisynn is seen making a pact with a goat named Jake and Wong at the end of She-Hulk episode 4 in the post-credits scene, trapping Donny in the Mirror Dimension.

Wong and Madisynn are seen watching “This Is Us” and discussing the types of drinks Wong has tried and hasn’t tried yet in the post-credits scene of She-Hulk episode 4.